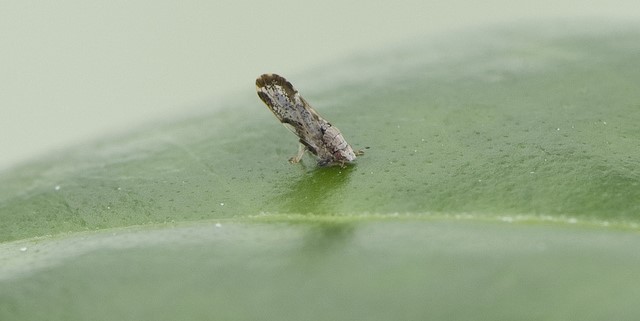 Citrus greening disease is an infection that is having a devastating impact on the citrus industry in Florida, where growers report the lowest citrus production in 50 years. The disease is caused by the bacterium Candidatus Liberibacter asiaticus (CLas) and spread by the Asian citrus psyllid. (U.S. Department of Agriculture, Flickr/Creative Commons)

ITHACA, N.Y. — While searching for a potential Achilles’ heel in the insect responsible for spreading the bacterium that causes citrus greening disease, researchers have uncovered a protein that makes their bellies blue and may impact how easily they spread the pathogen.

Asian citrus psyllids with blue abdomens have high levels of an oxygen-transporting protein called hemocyanin, which is commonly found in the blood of crustaceans and mollusks. When harboring the bacterium that causes citrus greening, the psyllids ramp up their production of the protein. Michelle Cilia, a Research Molecular Biologist at the USDA Agricultural Research Service and Assistant Professor at the Boyce Thompson Institute (BTI), and her team of researchers suspect that hemocyanin may be involved in the insect’s attempt to fight off the infection. They published their findings in Royal Society Open Science.

Citrus greening disease is an infection that is having a devastating impact on the citrus industry in Florida, where growers report the lowest citrus production in 50 years. The disease is caused by the bacterium Candidatus Liberibacter asiaticus (CLas) and spread by the Asian citrus psyllid. Cilia and her colleagues are exploring a number of novel ways to combat the CLas bacterium.

Together, with colleagues at the University of Washington and the USDA ARS at Fort Pierce, Fla., Cilia lab scientists identified important protein interactions that must occur to perpetuate the transmission of CLas to new trees. They examined interactions occurring between the psyllid and the bacterium, and between the psyllid and its beneficial microbial partners. They also compared protein expression levels in both nymphs and adults. Their research shows that adult psyllids appear to mount a better immune response to CLas as compared to nymphs, which may explain why psyllids must acquire CLas during the nymphal stage to efficiently transmit CLas once they become adults.

“For many decades, scientists lacked the ability to look inside insects that transmit plant pathogens and understand what is going on,” said Cilia. “This is no longer true today, thanks to the painstaking work of our collaborators in the Bruce and MacCoss labs at the University of Washington. The new molecular tools developed by our University of Washington colleagues enable us to dissect the vector-pathogen relationship piece by piece to determine which components are important for transmission.”

They found that one of the most highly expressed proteins in adult psyllids infected with CLas is a hemocyanin. The protein causes horseshoe crabs to have blue blood, but had never been seen in this group of insects before. Cilia lab researchers showed that the level of hemocyanin present in a psyllid’s body also affects its coloration, creating three different “color morphs,” blue, gray and yellow.

The group showed that hemocyanin interacts with a CLas protein involved in a vital microbial metabolic pathway called the acetyl-CoA pathway. Scientists have previously targeted this set of biochemical reactions in bacteria when developing antibiotics. John Ramsey, a USDA ARS postdoctoral associate in the Cilia lab and first author of the study, suspects that the increase in hemocyanin, and the blue color it imparts to the abdomen, could be evidence of an immune response to CLas infection. The findings raise the possibility that this response could be harnessed to help control the bacterium’s spread.

“The study is allowing you to look at your population of insects and say something about the immune system of the insect based on its color,” said Ramsey. “There’s the possibility that this could be a useful part of grove surveillance.”

In future work, the Cilia group plans to test whether there are differences in each color morph’s ability to spread the CLas bacterium. Results from this study will help inform future strategies to control citrus greening disease. Depending on which proteins they decide to target, these new approaches could prevent the psyllid from transmitting CLas or trigger an immune response against the bacterium.

This approach to controlling citrus greening, by blocking bacterial transmission by the psyllid, runs contrary to existing ‘kill the insect’ strategies, said Ramsey. Such an approach may provide a longer lasting solution because the insect isn’t under pressure to evolve to survive the treatment, which commonly occurs with pesticide usage. 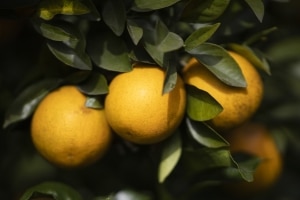 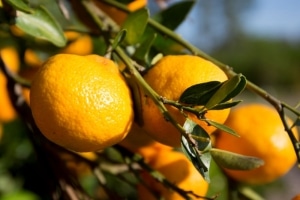 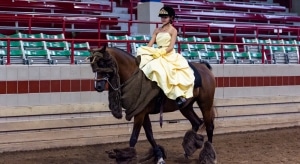 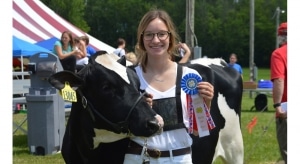 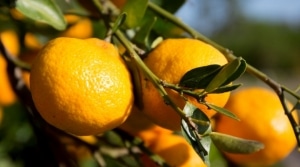 UNIVERSITY PARK, Pa. — Penn State and U.S. Department of Agriculture scientists have used cutting-edge CRISPR/Cas technology to develop a diagnostic test that could enable early diagnosis of citrus greening, or Huanglongbing, a serious disease that threatens worldwide citrus production, which is valued at roughly $17 billion from the sale of fresh fruit and juices. […]