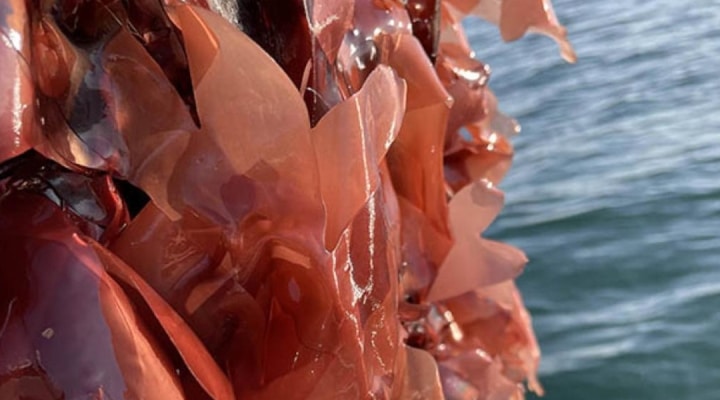 WASHINGTON — Seaweed aquaculture has great potential for growth in the U.S., but currently production is limited to a small number of farms that cultivate just one or two species of kelp. Supported by USDA’s National Institute of Food and Agriculture (NIFA), a company in Maine is working to change that. Springtide Seaweed is addressing several challenges to expanding U.S. seaweed production beyond kelp with funding from NIFA’s Small Business Innovation Research Program (SBIR).

“Everyone has salt and pepper and knows how to use it,” she said. “By replacing salt with dried seaweed, you get valuable trace minerals, including potassium and iodine. Seaweed is the best source of natural iodine in the world.”

While nori is the most valuable seaweed in the world and widely cultivated in Asia, it’s not possible to simply transplant the system used there to the U.S., according to Redmond.

“Dulse is a seaweed native to both sides of the North Atlantic,” said Redmond, whose graduate work at the University of Connecticut focused on seaweed aquaculture.  “While European immigrants brought their historical knowledge and use of dulse to the New World, dulse was already here and used by Native Americans before the continent was colonized.”

“No one has figured out how to cultivate dulse on a commercial scale on a farm,” she said. “For the U.S., dulse can be an important new crop for commercial aquaculture.”

But commercialization faces several challenges, including reliable seed supplies for both nori and dulse as well as a limited understanding of what cultivation practices are most suited to commercial production.

“SBIR support enables businesses to pursue novel and innovative approaches to issues that limit the success of their industries in ways that benefit their own operations, their region and the country as a whole,” Sullivan said. The SBIR awards to Springtide Seaweed is a fantastic example of this, providing much-needed support to develop solutions that enable the expansion and development of seaweed aquaculture in ways that improve the profitability and viability of this emerging domestic industry.

“This grant is bold in its scope—proposing to commercialize both nori and dulse at same time,” she said. “It has been good to work with NIFA on this as they have expanded their support of marine aquaculture.  It’s agriculture—we are producing a food product.”

A Maine native who grew up on gardening on a homestead and loving the ocean, Redmond said growing a garden in the ocean seemed a natural fit.

The first phase of the project was to develop critical nursery technologies and techniques for reliable production of dulse and nori seed.

“Our goal was to develop reliable nursery protocols for commercial production of seed for dulse and nori,” said Redmond, who worked with Maine Sea Grant growing kelp for seedstock before starting Springtide. “Reliable sources of clean seed are necessary to support the development of a new seaweed farming industry for the North Atlantic.”

Springtide targeted specific bottlenecks in nursery production, including the testing of an innovative approach to seawater sterilization, the development of nursery “seedstock” for the reliable production of spores, and the production of nori and dulse seed for open farm cultivation.

As part of Phase II, Springtide has designed new modular turnkey nursery systems which are being tested and refined for red seaweed seed production. Additionally, six cultivation substrates were tested in a large-scale field trial. Seeding density, growth, timing, biofouling and yield data was collected for both the nursery and farm stages. Nori and dulse seeding on additional test substrates and forms is currently underway.

As part of the upcoming season, Springtide will test net designs and configurations and will continue to refine cage designs and substrate options. Finally, the project is developing sustainable business strategies to enhance the success of other new seaweed aquaculture firms.

Redmond will discuss her project at Aquaculture America 2023, which will be held February 23 – 26 in New Orleans. Her project will be one of many NIFA-funded aquaculture projects that will be highlighted as part of an education session led by Sullivan. 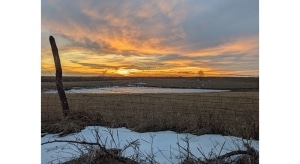 MANHATTAN, Kan. – The calendar says the first day of winter is Dec. 21. Chip Redmond is not so sure you ought to get locked in on just that date. “Winter conditions in Kansas can change rapidly,” said Redmond, a meteorologist and manager of the Kansas Mesonet, a network of weather monitoring stations that has its […] 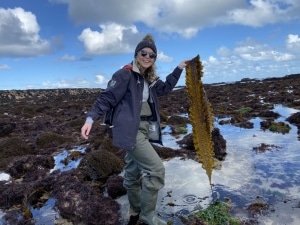 ATHENS, Ga. — When you hear the word agriculture, seaweed might not be the first thing that comes to mind. But Allison Fortner, a University of Georgia doctoral student pursuing a degree in the Department of Agricultural Leadership, Education and Communication, is doing her part to help raise the profile of this important marine species. Fortner recently […] 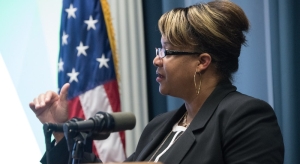 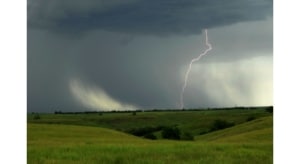 MANHATTAN, Kan. – There is a common joke in Kansas – and many parts of the country – that goes something like this: If you don’t like the weather right now, just wait a few minutes. Kansas State University meteorologist Chip Redmond agrees that weather in Kansas can change pretty quickly, so it’s important to […] 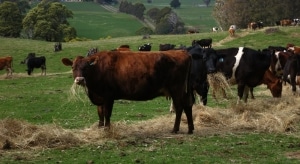