Home / Illinois / Research aims to clean ag drainage water
A new user experience is coming! We'll be asking you to login to your Morning Ag Clips account March 1st to access these new features.
We can't wait to share them with you! Read more here. 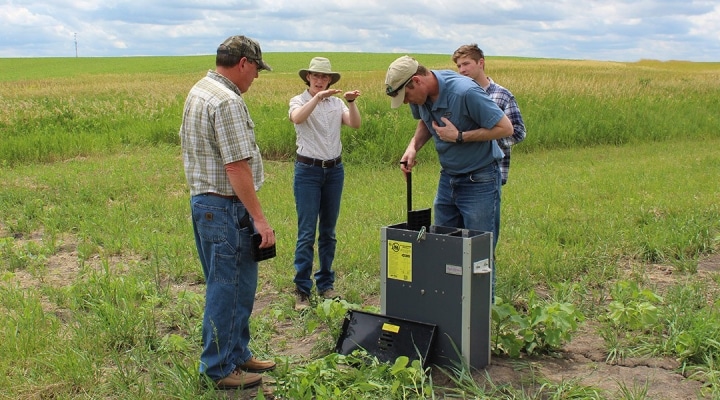 URBANA, Ill. — The Natural Resources Conservation Service (NRCS), part of the U.S. Department of Agriculture, has awarded $1.12 million to support University of Illinois-led research to clean agricultural drainage water through saturated buffers and denitrifying bioreactors. The investment, part of NRCS’s Conservation Innovation Grant (CIG) program, was matched by numerous stakeholder partners in Illinois, Iowa, and Minnesota, for a total of nearly $2.25 million.

Dissolved nitrate in Midwestern agricultural drainage water is a major contributing factor in downstream water pollution, including feeding the algae that cause the so-called dead zone in the Gulf of Mexico. Saturated buffers and denitrifying bioreactors are low-cost, passive solutions, but they haven’t been widely adopted across the region.

“The overarching goal of this new project, and for all our university and private partners, is to make bioreactors and saturated buffers work better, and also to increase their adoption across the Midwest,” says Laura Christianson, project director on the grant and assistant professor in the Department of Crop Sciences at Illinois. Reid Christianson, research assistant professor in crop sciences, and Richard Cooke of the Department of Agricultural and Biological Engineering are also on the Illinois team.

Actually, it’s not entirely clear how widely the technologies have been adopted, Christianson says. That’s one of the aims of the project: to populate a database of the design and performance details of all bioreactors and saturated buffers across Illinois, Iowa, and Minnesota. She says that information will help researchers understand what’s working and what isn’t, so they know what to improve in future designs.

The project will also trial what Christianson calls “weird” modifications to the usual bioreactor and saturated buffer designs. Bioreactors are large trenches full of wood chips and saturated buffers are riparian areas, often planted with water-loving perennial grasses. In both cases, they’re situated between cultivated fields and drainage ditches. Generally, tile drains empty into these zones, and bacteria on the wood chips or soil remove the nitrate as water flows through. But water can flow too fast for the bacteria to work, especially in the spring.

“The purpose of the weirdness is to make these practices work better, especially under the highest flow rates. We’re going to try a number of things to try to even out the flow, like pumping water from drainage ditches back into the bioreactor. We’re also going to try to pair a bioreactor and a saturated buffer together. Sometimes water bypasses the bioreactor, so we’re going to route that into a saturated buffer. With all these modifications, we’re just really trying to treat more water,” Christianson says.

The final goal of the project includes two types of novel monitoring systems. In the past, researchers had to travel to sites on a regular basis to take water samples. But the team will be installing high-tech equipment at some locations to be able to detect water quality remotely in real time. They’re also going to test a very low-tech approach, installing small discs into bioreactors or buffers that absorb nitrate. These essentially record the amount of nitrate that passes through the system, but can stay put for long periods of time.

“We envision these as something farmers could use,” Christianson says. “For example, if these little discs could be available for maybe five bucks, farmers could put them out if they wanted to know how much nitrate was in their tile drainage over a given month or so. The technology is far from being able to do that with confidence right now, but eventually this could be a very practical technology for on-farm use.”

The funding is being matched in Illinois through cash contributions from the Illinois Nutrient Research and Education Council (NREC), the Illinois Farm Bureau, and the Walton Family Foundation, as well as through cash and in-kind support from the Office of the Vice Chancellor for Research and Innovation at the University of Illinois, the Iowa Soybean Association, the Minnesota Department of Agriculture, and several Soil and Water Conservation Districts.

“The world’s population is increasing, but available agricultural land is decreasing. Through science and innovation, we can help farmers improve the health of their operations and productivity on their lands while protecting the natural resources we all depend on,” says Acting NRCS Chief Kevin Norton. “The new systems, tools, and technologies being developed through CIG are helping us ensure the longevity of American agriculture.”

USDA to survey on hog inventory

Webinar features how to create the most valuable calves