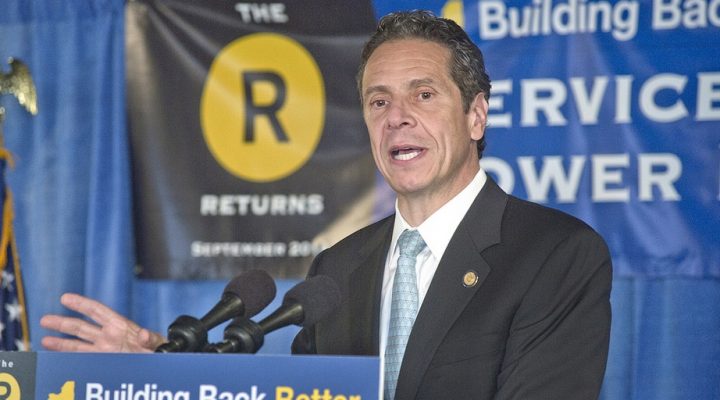 "The transformation of the Fairgrounds has already delivered economic benefits to Central New York, attracting new visitors and showcasing the many recreation and business opportunities the region and the state have to offer," Governor Cuomo said. "After back-to-back years of record-breaking attendance and with the completion of the new Expo Center as an additional draw, we will ensure the Fairground becomes and remains a year-round destination and economic engine for all of Central New York." (Metropolitan Transportation Authority of the State of New York, Flickr/Creative Commons)

ALBANY — Governor Andrew M. Cuomo announced today that a Request for Proposals has been released by the New York State Department of Agriculture and Markets, seeking a private company to book events at the New York State Fairgrounds, anchored by the new Expo Center opening in summer 2018. The 136,000-square foot building will provide year-round economic growth to the region and be the largest exhibition facility north of New York City between Boston and Cleveland. Announced earlier this year by Governor Cuomo, construction of the Expo Center is expected to begin this month.

“The transformation of the Fairgrounds has already delivered economic benefits to Central New York, attracting new visitors and showcasing the many recreation and business opportunities the region and the state have to offer,” Governor Cuomo said. “After back-to-back years of record-breaking attendance and with the completion of the new Expo Center as an additional draw, we will ensure the Fairground becomes and remains a year-round destination and economic engine for all of Central New York.”

RFP submissions for the private booking company are due January 31, 2018 and more information is available here.

The Expo Center, with 110,000 square-feet of flexible event space and 4,000 retractable seats, will attract major agricultural shows and special events, including car shows, consumer and trade shows, and equestrian events that could not have come to the region previously because of a lack of suitable space. The building will join the Fairgrounds’ existing portfolio of event space, such as the Toyota Coliseum and the Center of Progress Building, increasing the amount of available indoor space on the grounds to more than 450,000 square-feet. Non-Fair event attendance is already setting records, with an estimated total attendance of 529,000 in 2016 already surpassed by late summer 2017.

Onondaga County Executive Joanie Mahoney said, “The newly revitalized New York State Fairgrounds presents tremendous opportunity for economic growth in the Central NY region. With the addition of a new partner to book major events year-round, we will build on our accomplishments and set the stage for future success.”

State Agriculture Commissioner Richard A. Ball said, “We’re excited to partner with an organization that can help the State Fair attract top, high-quality special events, including those that further our mission at the Fair to grow the agricultural industry. Thanks to Governor Cuomo’s vision, we’re pleased to be moving ahead with plans that will build on the tremendous success we’ve seen at the Fair already and help us take the Fairgrounds to the next level.”

State Fair Acting Director Troy Waffner said, “The growth from the Governor’s initial investments in the Fair and Fairgrounds has been substantial and we know that this new facility will provide economic growth for Central New York. We stand ready to work shoulder to shoulder with a partner who can help us realize the full potential of this exciting new facility.”

Today’s announcement complements “Central NY Rising,” the region’s comprehensive blueprint to generate robust economic growth and community development. The State has already invested nearly $3 billion in the region since 2012 to lay the groundwork for the plan – capitalizing on global market opportunities, strengthening entrepreneurship and creating an inclusive economy. Today, unemployment is down to the lowest levels since before the Great Recession; personal and corporate income taxes are down; and businesses are choosing places like Syracuse, Oswego and Auburn as a destination to grow and invest in. 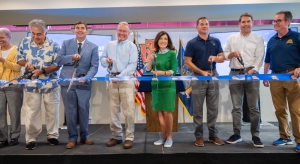 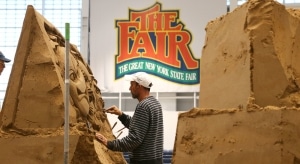