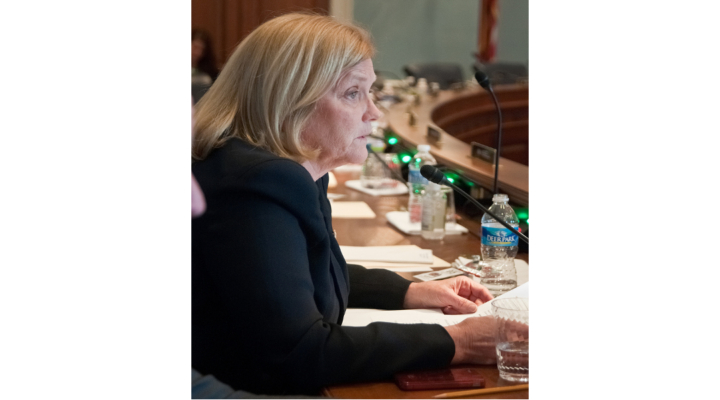 "When asked for feedback, over 40,000 people submitted comments in support of implementing the rules immediately—only 28 individuals wanted them withdrawn," read the joint statement. Above: Congresswoman Chellie Pingree (U.S. Department of Agriculture, Flickr/Creative Commons)

“USDA’s decision to withdraw the Organic Livestock and Poultry Practices rules after three pointless delays is outrageous and shows complete disregard for the public comment process and the agency’s role in providing stability in the organic marketplace.

“For years now, consumers have asked for high welfare standards for animals raised under organic practices and organic farmers have wanted clarity and a level playing field. The Organic Livestock and Poultry Practices rules would finally have taken steps in the right direction to protect the high standards of the organic label. Despite its stated justification for withdrawing these rules, the USDA not only has the authority but also the responsibility to develop these rules under the Organic Foods Production Act.

“This is like the net neutrality decision all over again. Just like the FCC’s partisan vote, this is a clear case of the Trump Administration ignoring public feedback to follow through on its own politicized wishes. When asked for feedback, over 40,000 people submitted comments in support of implementing the rules immediately—only 28 individuals wanted them withdrawn. This undermining of the public process is absolutely indefensible and should not be allowed to stand.”

Starting this Monday, December 18, the public will have 30 days to submit their feedback on the withdrawal of the rules. Instructions for submitting comments can be found at: https://s3.amazonaws.com/public-inspection.federalregister.gov/2017-27316.pdf.