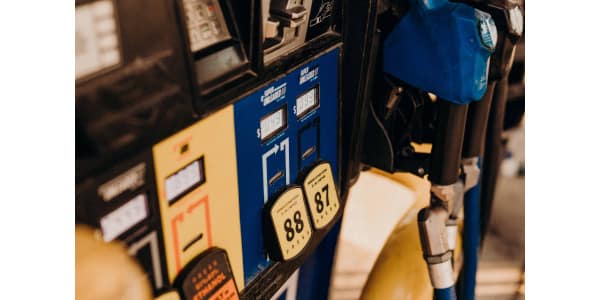 Across the U.S., motorists have increased access to higher blends of ethanol at select retailers. (Courtesy of Nebraska Corn Board)

LINCOLN — As temperatures begin to rise and schools dismiss for the school year, families may soon be hitting the road to enjoy summer vacations. The month of May typically kicks off the summer driving season, and it’s also a time to celebrate Nebraska’s biofuel industries through Renewable Fuels Month. Since 2006, the acting Nebraska governor has dedicated one month out of each year to recognize the importance of renewable biofuels, such as ethanol and biodiesel.

Nationally, Nebraska ranks No. 2 in ethanol production with 25 ethanol plants across the state. The industry employs over 1,400 Nebraskans in rural areas of the state. According to the Environmental Protection Agency, ethanol is currently blended in over 95% of the nation’s fuel supply. A healthy ethanol sector boosts Nebraska’s corn and livestock industries and adds to a thriving state economy.

“As a corn and cattle farmer, ethanol is vital to my farming operation,” said David Bruntz, chairman of the Nebraska Corn Board (NCB) and farmer from Friend. “In Nebraska, 31% of our state’s corn is used in ethanol production. From the production of ethanol, we also get distillers grains, a protein-rich livestock feed for my cattle. For every bushel of corn used for ethanol, we’re able to get a cleaner-burning fuel and co-products for our value-added livestock industries.”

“By using ethanol blends, consumers are really improving our environment and enhancing their engine performance all while saving money,” said Jan tenBensel, chairman of the Nebraska Ethanol Board (NEB) and farmer from Cambridge. “Ethanol is a fuel made from plants, which makes it renewable, unlike petroleum. It’s cleaner-burning and reduces the emissions of cancer-causing chemicals into the atmosphere from the tailpipe. Ethanol is also a natural octane booster, which supports overall engine performance. You would think a fuel like this would cost more, but it’s actually less expensive at the pumps.”

Like ethanol, the biodiesel industry works synergistically with Nebraska’s livestock sector. A healthy biodiesel industry provides nearly $58.5 million dollars a year in aggregate benefits to beef and pork producers due to decreased meal expenses and the use of inedible tallow and white grease as a biodiesel feedstock. In 2020, 8.3 billion pounds of soybean oil was used as a feedstock in biodiesel.

“Farmers are always looking for ways to maximize overall efficiency and productivity, and the same holds true for our biofuel industries” said Eugene Goering, chairman of the Nebraska Soybean Board and farmer from Columbus. “Science and technology continue to improve, so we’re able to produce even better fuels while reducing our overall environmental impact.”

Renewable Fuels Month kicked off with the Lincoln Marathon/Half Marathon on May 2. For the third year in a row, NCB and NEB joined forces to promote ethanol to runners and spectators from all over the United States. Later in the month, Gov. Pete Ricketts will sign an official proclamation declaring May as Renewable Fuels Month in Nebraska. Additionally, several ethanol pump promotions will be held across the state. For times and locations, visit FueledByNebraska.com.

“We’re really excited about Renewable Fuels Month as we work to share the benefits of biofuels with our state and its people,” said Tony Leiding, president of Renewable Fuels Nebraska. “I encourage everyone to help us celebrate throughout the month and continue to use higher ethanol blends throughout the summer driving season.”

The nine-member Nebraska Soybean Board collects and disburses the Nebraska share of funds generated by the one half of one percent times the net sales price per bushel of soybeans sold. Nebraska soybean checkoff funds are invested in research, education, domestic and foreign markets, including new uses for soybeans and soybean products.

Gene editing is a new tool to combat virulent nematodes

Livestock Judging Camp is May 26-27