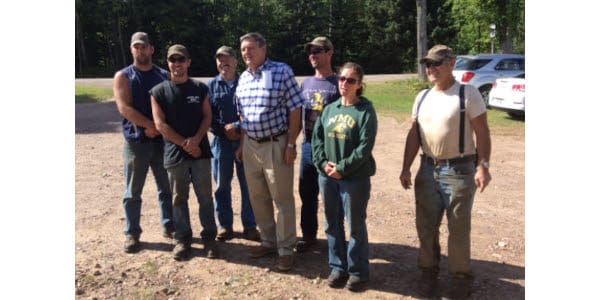 Benishek — known by many as “Dr. Dan” because of his background as a doctor and surgeon — served three terms from 2011-17 and was a member of the Agriculture, Natural Resources and Veterans’ affairs committees.

His work in congress was honored with AFBF’s Friend of Farm Bureau Award in each of his terms for support of Farm Bureau policy and earned multiple Friend of Agriculture endorsements from MFB’s AgriPac.

While in office, Benishek was Michigan’s only representative on the House Agriculture Committee and was instrumental in helping secure the 2014 farm bill while shaping policy that addressed the unique needs of Michigan farmers.

Benishek also supported highway funding bills, legislation to develop harbors and waterways, and voted to repeal water regulations that were detrimental to farmers, especially those in northern Michigan.

MFB District 12 Director Dave Bahrman said Benishek represented his constituents very well, touring many farms to see what issues were important to farmers and worked to address their concerns while always being approachable.

“Rep. Benishek was a real public servant,” Bahrman said. “He wasn’t looking to advance his agenda; he was looking at the betterment of our district.”