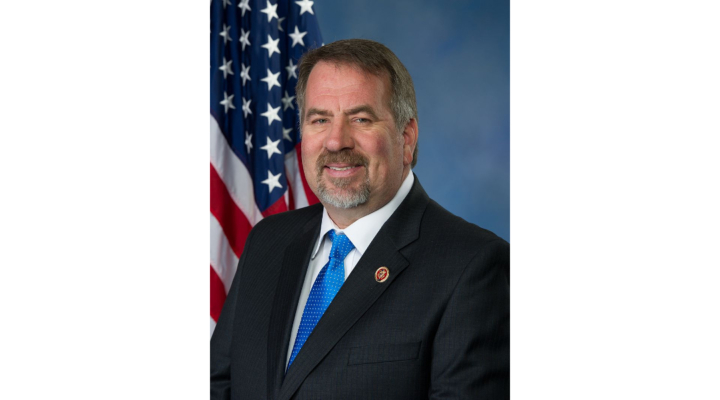 “After suffering through years of Spanish olives at unreasonably low prices being dumped in our market, the U.S. ripe olive industry will finally see some much-needed relief," stated Congressman Doug LaMalfa. (Public Domain)

WASHINGTON — Congressman Doug LaMalfa (R-Richvale) issued the following statement after the International Trade Commission (ITC) voted affirmatively that the U.S. ripe olive industry is suffering significant losses as a result of ripe olives from Spain being subsidized and sold in the U.S. at less than fair value. The Department of Commerce now will issue antidumping and countervailing duty orders on imports of Spanish olives.

In May, LaMalfa testified at the U.S. ITC hearing regarding the California ripe olive industry and the damage being done. Last year, Congressman LaMalfa also led a bipartisan letter to Department of Commerce Secretary Ross in support of the U.S. ripe olive industry’s import relief petition against unfairly traded ripe olives from Spain.

LaMalfa said: “After suffering through years of Spanish olives at unreasonably low prices being dumped in our market, the U.S. ripe olive industry will finally see some much-needed relief. Many feared the once prosperous industry, which was established by California olive growers more than a century ago, would soon cease to exist if nothing was done. Now the California ripe olive industry can begin to recover and thrive once again in a fair marketplace. I greatly appreciate the careful attention the Commission has given to this important investigation and am grateful for the critical role the Commission plays in enforcing our trade remedy laws that protect American interests from unfair trading practices such as these.”

Felix Musco, President and CEO of Musco Family Olive Company, said:  “On behalf of Musco and the entire California ripe olive industry, we are grateful for the care and attention the US Commerce Department and the US International Trade Commission gave to our case.  We brought this action because without legal relief, the future of the US industry was at risk. Today’s determination, which reflects a full accounting of the facts and a proper application of US law, gives us a path forward to compete fairly in the US market.”

Tim Carter, CEO of Bell-Carter Foods, said:  “Our US industry was buckling under the strain of unfairly low-priced imports from Spain.  With final affirmative determinations by the Commerce Department and the ITC, we hope to see fair pricing restored to the US market for ripe olives.”

Dennis Burreson, a California olive grower, said:  “Today’s final determination by the ITC, following the final dumping and CVD decisions by the Commerce Department last month, is welcome news for the entire ripe olive industry, including more than 750 olive growers up and down California’s Central Valley.  The California growers have actively supported this trade action from its inception because Spain’s unfair trading practices were pushing this proud California industry out of business.  All of us California olive growers owe a debt of gratitude to the Commerce and ITC investigators for the hard work and careful attention they gave to this proceeding.”

A transcript of Congressman LaMalfa’s testimony reads as follows:

Madam Chair, Members of the Commission,

Thank you for the opportunity to testify on behalf of the California ripe olive industry in connection with the Commission’s injury investigation in the antidumping and countervailing duty action against ripe olives from Spain.  I am Congressman Doug LaMalfa, Representative of the 1st District of California.  My District, located in the northeastern corner of California, is rich in agriculture — from fruits, to tree nuts, to olives, to cattle, and many other products.  Table olives are particularly prevalent in the Tehama, Glenn, and Butte counties of my District running along the Sacramento River Valley.

Members of the Commission, the California ripe olive processors and nearly 900 table olive growers that crisscross the warm inland valleys of California represent everything cherished about American agriculture.  A great many of the ripe olive orchards are multi-generational farms, powered by hard-working American farmers and their families.  The processors and growers in the industry are justifiably proud that their California ancestors invented the ripe olive processing method and, over the course of more than a century, turned ripe olives into a product widely identified as native to California.  The industry is equally proud of the US institutional and retail markets they built through ingenuity and sweat over many generations.

This commendable sector of American agriculture is now at risk.  The California ripe olive industry has watched with growing concern in recent years as unfairly subsidized and dumped Spanish ripe olives have taken their customers, first in the US institutional segment and more recently in the retail segment.  These customers — built by the California industry, not the Spanish industry — are being lost one after another to unreasonably low Spanish prices.

Having worked closely with this industry since I took office in 2013, I can assure you that every facet of the industry, from grower to processor to allied sectors, believes that without trade relief, the US ripe olive sector will cease to exist.  This industry has no place else to turn.  Unlike their Spanish competitors, the US producers receive no government support.  Virtually all their sales are made in the US market.  That a relatively small sector of American agriculture, comprised almost entirely of small- and medium-sized entities, would incur the extraordinary demands and expense of US import relief proceedings itself speaks volumes about their survival fears.

Literally thousands of jobs depend on the continued success of the California ripe olive industry, not just in my District and State, but throughout the United States — from shipping companies, to agrochemical suppliers, to olive farm laborers, to the local stores and restaurants where workers shop and eat.  These and countless other related US jobs may be lost if the Commission declines to accord the relief the US ripe olives industry so critically needs.

For the sake of this century-old American industry, and thousands of US jobs, I ask the Commission to confirm material injury by reason of Spanish imports and put the US ripe olive industry on a path to recovery so it can thrive again in a fair marketplace as it has before.

Thank you, Members of the Commission, for this opportunity to testify.

–The Office of Congressman Doug LaMalfa