Home » Register today! Virtual farm tours set to reach students 'where they are' 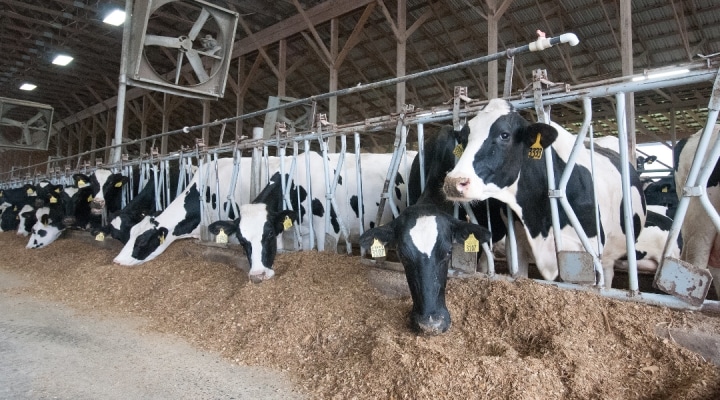 Since launching the Virtual Farm Tour concept in 2018, the 18 tours hosted live from the farm by nine different farmers from New York, Pennsylvania and Maryland, have racked up nearly 500,000 views between the live and recorded broadcasts. (Stock photo via U.S. Department of Agriculture, Public Domain)

SYRACUSE, N.Y. — The last of three American Dairy Association North East’s signature Virtual Farm Tours is Thursday, May 26 – and it’s not too late to register.

Sarah Lyness from Spring Run Dairy in Pittstown, N.J., will host two sessions of the tour with a focus on sustainability, including:

A March 2022 tour was hosted by Ed Facer at Star Rock Farms in Conestoga, Lancaster County. More than 13,000 students from 43 states registered for the live virtual tour, with others planning to watch the recorded version.

“Doing the Virtual Farm Tour was easy and very enjoyable,” said Facer. “It gave me an opportunity to reach kids of all ages and all demographics to share what happens on a day in the life of a farmer.”

The second tour was hosted in April by Kelly Reynolds of Reyncrest Farm, Corfu, N.Y., which drew more than 8,000 viewers from 40 states.

“It’s so important to do these tours so students can make the connection between the farm and the dairy products they are consuming in school,” said Reynolds. “It also allows me to teach students from far away and students who are right in our backyard.”

Leading up to the tour, Reynolds also participated in several media interviews that ADA North East coordinated to promote the tours. The media outreach is part of our overall strategy to build consumer trust and sales in dairy – in addition to encouraging classrooms to register for the tours.

Since launching the Virtual Farm Tour concept in 2018, the 18 tours hosted live from the farm by nine different farmers from New York, Pennsylvania and Maryland, have racked up nearly 500,000 views between the live and recorded broadcasts.

ADA North East has been testing and implementing ways to make this program more valuable for teachers and participants, including offering the two sessions from each farm. Other developments in the program include vocabulary lists and teacher-developed student lesson plans which meet Common Core Standards for elementary, middle and high school classes.

ADA North East was recognized this spring for its virtual programming at the National Agri-Marketing Association annual meeting in Missouri, along with video production partner Shiftology. The “Best of NAMA” award was given for a producer-funded public relations campaign directed toward consumers.