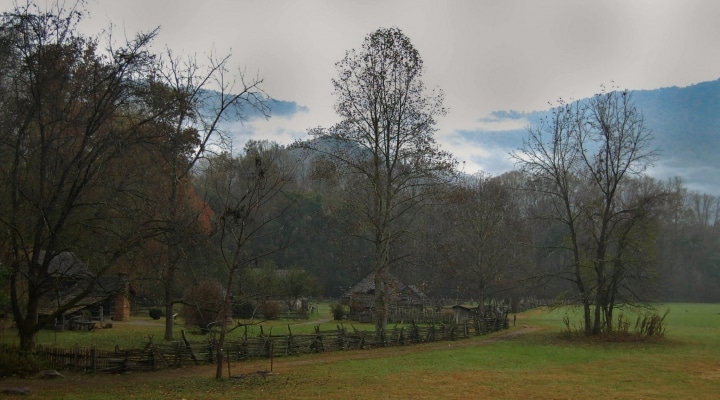 The following is a weekly recap of some of the agricultural news and stories, broken down regionally from the North Carolina Depart of Agriculture & Consumer Services (NCDA&CS) from the past week. (photo by JR P, Creative Commons/flickr.com)

RALEIGH, N.C. — The following is a weekly recap of some of the agricultural news and stories, broken down regionally from the North Carolina Depart of Agriculture & Consumer Services (NCDA&CS) from the past week.

Eastern:
(Cumberland County) N.C. military veteran helps others follow him into farming
The first week of March is “National Invest in Veterans Week” – an initiative launched in 2017 “to empower the public to invest in the veteran population.” Veterans make up about 10 percent of owners in American agriculture, forestry and fishing, according to the U.S. Census Bureau’s survey of business owners in 2007. With a seeming increase in veterans interested in farming, more current numbers may be different. Robert Elliott is someone investing in veterans every day through agriculture. He’s a veteran who turned to farming after his years in the Marine Corps and as a contractor for the Marine Corps.

(Wayne) Miscanthus Grass: Emerging crops in North Carolina
Miscanthus grass is a crop that is not often talked about but vitally important to our agriculture industry. The grass is used for a variety of purposes, including bedding for chicken and turkey houses as well as making paper. Check out the video below to hear from Kornegay Farms in Mt. Olive on their experience growing this grass.

(Mecklenburg) USDA: Stick to dairy milk for young children
John Licata, a Charlotte pediatrician, was happy to see updated guidelines from the USDA regarding dairy milk for infants. The first years of life are crucial to a child’s development, and few things are as important in that time as a healthy diet. For the first time ever, the United States Department of Agriculture is recommending that infants and toddlers drink only dairy milk and water. Charlotte pediatrician Dr. John Licata said the new guidelines match up with what experts in his field have been calling for. “I was very excited to hear that now not only is this coming down from the American Academy of Pediatrics, the sort of medical governing body, but also that the nutritional organizations and guidelines like the USDA have recognized the same,” he said. “It provided another big layer of evidence-based information for the general public to see and read and hear, and it offered a different perspective for parents of young children. I think it’s been very helpful for the pediatric community.”

(Rowan) Innovation in the Industry: Raising Buffalo for Milk, Cheese and More
Deep in the heart of Salisbury lives a unique farm, one of only five in the nation, that creates meat and cheese products from water buffalo. David and Faythe DiLoreto grew up far from the farming industry as a schoolteacher and a family physician. All of that changed, however, after a trip to Italy left their taste buds begging for more. “We fell in love with the mozzarella cheese in Italy, which is made with the milk from water buffalo,” David said, “but when we came home, we realized no one made it here, so we decided to do it ourselves thinking it can’t be that hard.” Starting out with a bull and four buffalo, David and Faythe quickly learned that everything with buffalo is a steep learning curve and no easy feat.

(Forsyth) Mother’s Finest breaks barriers and spreads knowledge
Samantha “Foxx” Winship seems to have found her calling on the farm. Owner and operator of Mother’s Finest Family Urban Farms in Winston-Salem, Winship had a sense for agriculture instilled at an early age. Born in New York but with family roots in Wayne County, Winship spent her early years on her great-uncle’s farm, watching her older brother and cousins pick tobacco over the summer and enjoying the fresh-picked food her grandmother cooked. While those memories were precious, Winship said she didn’t intend to make agriculture a part of her life as an adult. That changed after she moved back to North Carolina. “I ended up going to a class at the cooperative extension, an urban farming class they were offering. At first I was skeptical, because I was very disconnected from that life by then. It was a fast life I was living, and I was trying to slow down when I came to North Carolina, but in no way was I like ‘I’m going to be a farmer,’” Winship said. “Then I took the class, and it was just like an awakening for me. It really just shifted me back to my home and where my heart was.” With that, Winship began working to build a place where she could share her love of the farm with her community and her family. By doing her work in an urban setting, Winship said she has been able to more directly touch the people around her and spread knowledge to people who might otherwise pass right by a rural farm.

(Mitchell) For the Love of Farming Tobacco
They say if you love what you do you will never work a day in your life. Conner Stonbach, owner of Stonbach Farms in Mitchell County, has loved his life in farming and agriculture since day one. “I got my love of agriculture from my grandma because she was the hardest working woman I ever knew, despite struggling with Multiple Sclerosis,” Conner said. “My dad started getting ready for me to farm part of our land when I was in the fifth grade, and since then I have taken great pride in working hard in agriculture.” Today, Conner and his family are most well-known for their five acres of burley tobacco. The harvesting process is a bit different for burley tobacco than it is for flue-cured, Conner explained. “After harvest, our tobacco bakes in the sun for two to six days, depending on the weather, before it is taken into the barn and spread out on tiers,” he said, “after curing for four to six weeks in the barn it is taken to be graded for quality.” The darker the tobacco tips are the higher quality it will be deemed.