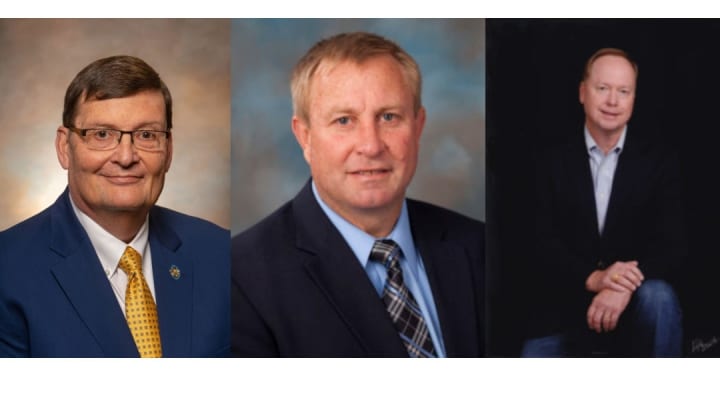 BRYAN-COLLEGE STATION, Texas — The Texas A&M University System Board of Regents on Wednesday approved three leadership appointments in the College of Agriculture and Life Sciences, AgriLife Research and AgriLife Extension.

In a special telephonic meeting, the regents approved:

Chancellor John Sharp designated the three leaders last month after it was announced that Vice Chancellor and Dean Patrick Stover, who also served as Director of AgriLife Research, would step down Dec. 31 to focus on his duties as Director of the Institute for Advancing Health Through Agriculture.

Lamb has served as the head of the Department of Animal Science since 2017. Under his leadership, the department has dramatically increased its research portfolio. Lamb also has been successful in securing philanthropic funds to support animal science priorities.

Formerly, he served as the assistant director and professor at the University of Florida-North Florida Research and Education Center in Marianna, Fla.

Lamb grew up on a cattle operation in Zimbabwe. He earned a bachelor’s degree in animal science at Middle Tennessee State University followed by his master’s degree and doctorate in reproductive physiology at Kansas State University.

Avery has an extensive background in both government relations and in government. Avery’s Capitol Hill experience includes serving as an assistant to U.S. Sen. Lloyd Bentsen and U.S. Rep. Greg Laughlin. Avery’s career also includes serving as county relations officer for the Texas Association of Counties, where he worked with elected and appointed county officials in all 254 Texas counties, providing support, continuing education and resource guidance to government operations. Most recently, he served as deputy director of the Brazos Valley Council of Governments.

Avery earned his bachelor’s and master’s degrees in political science from Austin College and Texas A&M University, respectively. He earned a doctorate in educational administration from Texas A&M.

In an unrelated matter, the regents authorized the purchase of 48 acres adjacent to the RELLIS Campus in Bryan. The purchase will allow customer access directly from Goodson Bend Road to training facilities as well as provide a greater setback from the public line-of-sight for proprietary technologies that need to be shielded from view.

About The Texas A&M University System

The Texas A&M University System is one of the largest systems of higher education in the nation, with a budget of $9.6 billion. Through a statewide network of 11 universities, a comprehensive health science center, eight state agencies, and the RELLIS Campus, the Texas A&M System educates more than 153,000 students and makes more than 22 million additional educational contacts through service and outreach programs each year. System-wide, research and development expenditures exceed $1 billion and help drive the state’s economy.