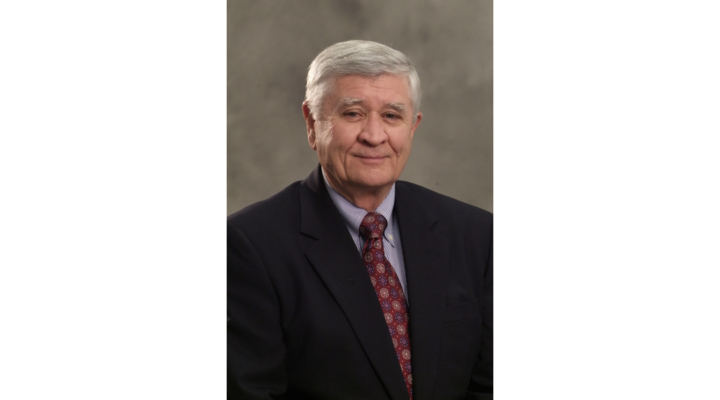 COLLEGE STATION, Texas — From his time as a student to time in the administrative offices, Dr. Larry Boleman has spent 54 years with Texas A&M University.

What was fitting, perhaps most gratifying, Boleman said, was to visit with some of those same cattle producers he began to meet as a beef cattle student employee in 1964 and then those he met when he began his role as a Texas A&M AgriLife Extension Service agent in 1968 serving in Brazos and Taylor counties, and in 1975 as a beef cattle specialist for AgriLife Extension.

This will all happen as the nationally recognized Texas A&M Beef Cattle Short Course, a program he revitalized and coordinated for more than a decade, is held just across the street at Rudder Tower on the Texas A&M campus.

“I can’t tell you how much I enjoyed getting up early, throwing the old Kodak photo slide carousel in the pickup and driving across Texas to conduct a beef cattle workshop, field day or seminar, or go to a ranch and visit with a rancher about beef cattle selection and management,” Boleman said.

His passion for beef cattle production and education, began during his youth in McLennan County near Waco. Encouragement from his La Vega High School agriculture teacher, Lewis Breeland, ‘58, led him to Texas A&M in 1964 where he earned undergraduate and graduate degrees, paving the way for his role as an AgriLife Extension beef cattle specialist.

As a graduate student from 1971 to 1975, he taught beef introductory courses, coached the Texas A&M livestock judging team and did part-time beef cattle consulting for Jim and David Eller of The Granada Corp. near Bryan.

His many travels across Texas led to establishing relationships with both producers and industry representatives that expanded nationally. Those relationships and team building didn’t go without notice by A&M administration, leading him to higher roles as associate department head for animal science, assistant deputy vice chancellor for agriculture, and eventually into his current role as associate vice chancellor for strategic outreach and initiatives with Texas A&M AgriLife.

However, Boleman would serve Texas A&M in an even higher executive capacity as part of former Texas A&M President Elsa Murano’s cabinet as executive associate vice president for operations. He also served in the same role under former interim president Dr. Mark Hussey.

One of Boleman’s signature roles with AgriLife Extension came when he was the agency’s state beef cattle specialist in College Station. In 1990, he was tasked with revitalizing a fledgling beef cattle short course conference that was losing attendance. His first change was the date of the conference.

“I decided to have it in August,” he recalled. “Many would say ‘why in the world would you hold a beef conference in the hottest part of the summer?’ Well, as many Texas beef producers know, cattlemen don’t do much working with their cattle during the August heat. It’s pretty much a dead time of year.”

Next, Boleman tapped into the relationships he had built through the years with beef industry representatives and producers. He created a tradeshow with vendor fees and later corporate sponsorships. That, coupled with a $30 participant registration fee, early on replenished money back into the conference operating budget. Boleman would gradually increase the fees to $100 as the conference grew in success.

And then there was an even greater concern aside from having enough classroom space.

“We were scrambling to have enough food for lunch and ended up buying bologna from Rosenthal and enough bread and lettuce to feed 300 people sandwiches,” he said. “I also went over and talked to Don Ganter, who owned the Dixie Chicken at Northgate at the time. I worked a deal for each participant to get a $5 coupon that included a drink and a hamburger basket. It worked. They loved it . They enjoyed going over to the Chicken and having that social time. It led to networking and friendships.”

This would serve as a precursor to the now famous Aggie Prime Rib Dinner, Boleman said.

He also tweaked the conference program, blending the latest beef cattle research discoveries by Texas A&M AgriLife Research with the teaching topics by AgriLife Extension specialists. And he incorporated animal science faculty members and other faculty from other disciplines whose work applied to beef cattle production.

Boleman credited the late Howard Hesby’s behind-the-scenes work setting up a network of cable wiring and televisions in adjacent lecture halls for overflow participants to view demonstrations and lectures.

“If it hadn’t been for Howard, I don’t know how we would have been able to work those overflow crowds in the Kleberg lecture halls.”

The following year, 500 attendees came to the short course.

“And that’s when I negotiated the move to Rudder and for the even to be held in August,” Boleman said. “That was when the Rudder Complex became home to the annual beef short course. Attendance grew to more than 800 participants with that move. Today, attendance eclipses 2,500, and one of its hallmarks is the famous Fightin’ Texas Aggie Prime Rib Dinner, partially sponsored by my friends Dr. Charles Graham and Nolan Ryan.”

Looking back, Boleman said when you think you’ve taught everything there is to know about beef cattle production, the process starts all over again with a new, younger audience.

“It’s a concurrent study of what you do,” he said. “You always have to stay current.”

Boleman said balancing family life has been just as rewarding. He and wife, Pat, were married in All Faiths Chapel on the A&M campus and have been married for 50 years. Their sons, Scott (‘91), Chris (‘96) and Craig (‘96) all are married and have gone on to achieve successful careers abroad. They also have two grandsons, Seth (‘20) and Sage (‘22).

Along the way, Boleman has found time to manage his own cattle on land in Brazos and Burnet counties.

However, even though he retires at the end of August, Boleman said he has never viewed his career in education as “work.”

“The biggest reward was when I left a ranch or a beef cattle meeting, and they were always, always so appreciative,” Boleman said. “When I left it wasn’t like ‘that chore is over.’ It was a feeling like ‘that was so special.’

“Dr. T.D. Tanksley, my father-in-law and mentor, and distinguished Texas A&M educator, said at his retirement reception with tears in his eyes, ‘I can’t believe they paid me to do this job’ and I totally agree. I can’t believe I got paid to do something so much fun. I never, ever hesitated or had any negative feelings about going to work. It has been so much damn fun and so rewarding.”

Conserving water in the Ogallala Aquifer