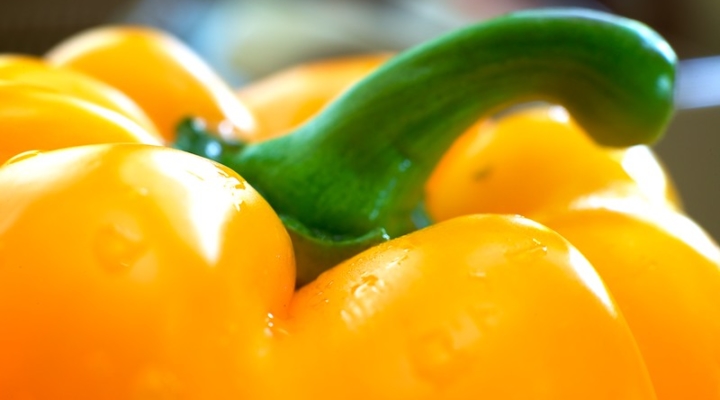 Whether it’s bell peppers or jalapenos, peppers are a popular food among consumers. But like all crops, peppers face the threat of disease. (photo by David Lenker, creative commons/flickr.com)

RALEIGH, N.C. — Whether it’s bell peppers or jalapenos, peppers are a popular food among consumers. But like all crops, peppers face the threat of disease.

The National Institute of Food and Agriculture, an arm of the U.S. Department of Agriculture, has awarded a four-year, $3 million grant to university researchers, including NC State Extension Specialist Inga Meadows, to help find ways to reduce bacterial diseases in peppers.

Meadows’ research will focus on bacterial spot — one of the most damaging diseases on peppers in North Carolina. It’s caused by a species of bacteria in the genus Xanthomonas.

“We lack effective pesticides to manage the disease well, particularly under high disease pressure, which can happen in North Carolina under our humid and wet conditions,” said Meadows. For disease control, growers rely primarily on copper-based pesticides.

“Many of the strains are resistant to copper, making that pesticide ineffective. So we’ll be evaluating newer alternative chemistries to our standard copper products,” she said. She will also look at ways to improve seed treatments to help reduce disease spread.

Meadows says there is host resistance in certain varieties of bell peppers but not in all.

“In specialty peppers like jalapenos, host resistance is virtually absent. To complicate matters, other bacterial pathogens of pepper have emerged in the Southeast that we don’t typically see. We’d like to understand how these pathogens are changing to help guide developing host resistance and, potentially, developing detection assays to more quickly identify emerging bacterial pathogens.”

The NC State team, which consists of Meadows, Frank Louws, Alejandra Huerta and Tika Adhikari, will collaborate with the University of Florida, the lead institution on the project, and five other universities in the Southeast. For North Carolina vegetable producers, Meadows hopes the team will be able to understand the bacteria affecting peppers, improve disease resistance and identify effective products to improve management practices while maintaining or reducing input costs for growers.