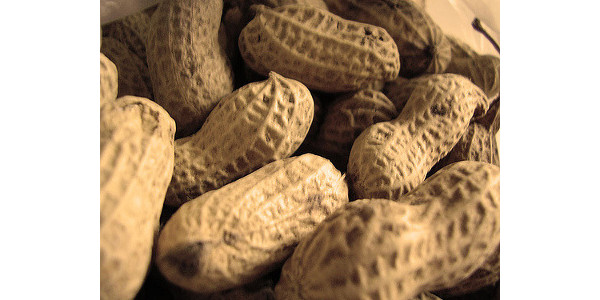 Food Allergy Research and Education (FARE), a leading food allergy advocacy organization and private funder of food allergy research, has announced the kickoff of Baby’s First: Reduce the Risk. The National Peanut Board has provided FARE – and its predecessor, FAAN – with funding and other support since the Board’s early days to help understand and address peanut allergies. (Aleksandar Cocek, Flickr/Creative Commons)

ATLANTA, Ga. — The National Peanut Board has been working since the groundbreaking LEAP study results were released in 2015 to make early introduction of peanut foods the norm for new parents. Now another national organization has launched a consumer campaign dedicated to spreading this message to reduce the risk of developing food allergies. Food Allergy Research and Education (FARE), a leading food allergy advocacy organization and private funder of food allergy research, announced the kickoff of Baby’s First: Reduce the Risk.

“This is the first time that another national organization has promoted the concept of early introduction on such a large scale. And the first time the effort focuses on other major allergens than just peanuts,” said Lauren Highfill Williams, NPB director of communications. “We’re proud supporters of FARE and applaud their commitment to this cause to help bring awareness to preventing food allergies as a key issue for new parents, caregivers and pediatricians.”

“Parents want their babies to get the best nutrition but it’s not easy to know how exactly to go about that, especially given the abundance of information available to parents online,” said Lisa Gable, FARE CEO. “FARE created Baby’s First so new and soon-to-be parents have access to all the best information on introducing new foods, available in one place from a trusted source.”

While the strongest evidence exists supporting the benefit of introducing peanut foods early to prevent peanut allergy, research is building for the impact early introduction of other common food allergens has on the development of allergies and we may hear more about those foods in the future.

Dr. Ruchi Gupta will serve as lead spokesperson for Baby’s First. Dr. Gupta is a Professor of Pediatrics and Medicine at Northwestern University, Clinical Attending at Lurie Children’s Hospital of Chicago, and a mother to two children, one of whom has severe food allergies. Gupta also serves as FARE’s Medical Advisor for Policy, Education and Public Health.

The campaign includes a resource website, webinars, influencer engagement, earned media coverage and additional activities to encourage parents to introduce a variety of foods to their infant within the first year.

NPB has provided FARE – and its predecessor, FAAN – with funding and other support since the Board’s early days to help understand and address peanut allergies.