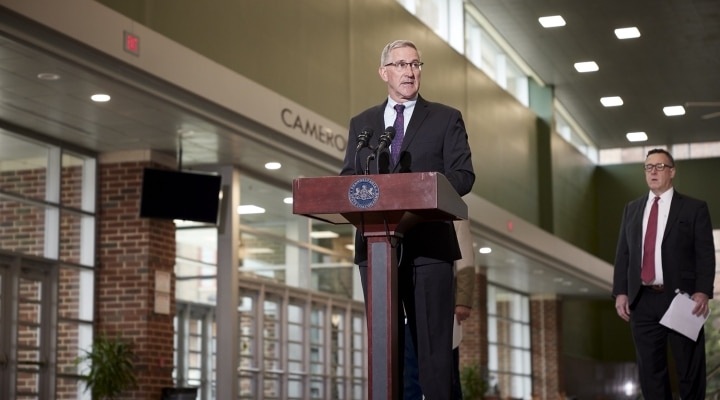 “Industrial hemp is an economic driver delivering innovative approaches to everyday challenges,” said Redding. “From building materials to manufactured goods, to conservation and soil remediation, industrial hemp and its byproducts are sparking innovative and competitive solutions while growing opportunities for Pennsylvania farmers and manufacturers. The PA Hemp Summit provides a platform for growers, entrepreneurs, and industry experts to share ideas and address challenges while growing the next generation of agricultural entrepreneurs.”

The 2014 federal Farm Bill authorized the growth of hemp for agricultural research. Governor Tom Wolf, in collaboration with the General Assembly, then signed Act 92 in 2016 to establish the Industrial Hemp Research Pilot Program. The program sought to grow research opportunities to better understand the value and viability of industrial hemp as a Pennsylvania cash crop, authorizing 16 research projects in 15 counties to examine hemp varieties, plant growth, cover cropping, and its potential for animal bedding, feed, and manufactured goods.

The Industrial Hemp Research Pilot Program paved the way for Act 46, which provided the Controlled Plant and Noxious Weed Committee the authority to approve industrial hemp production as a controlled plant. With this designation, Pennsylvania became the second state in the nation to submit its state plan for industrial hemp to the United States Department of Agriculture (USDA), officially opening the program to commercial growing operations permitted by the Pennsylvania Department of Agriculture.

“The Wolf Administration has been very intentional in its actions to stand up the state’s hemp program through the Bureau of Plant Industry,” said Fred Strathmeyer, Deputy Secretary for Plant Industry and Consumer Protection. “The bureau’s oversight coupled with strategic investments through the PA Farm Bill are creating opportunities for farmers, researchers, and processors to succeed.”

The 2019 Pennsylvania Farm Bill is Gov. Wolf’s bold and aggressive approach to grow opportunities in Pennsylvania agriculture. It sought to further support Pennsylvania’s hemp industry by establishing the State Specialty Crop Block Grant program, funding projects enhancing the competitiveness and sustainability of specialty crops not eligible under the federal specialty crop grant program, and those designated as high priority crops in the state, including hemp. Since 2019, the State Specialty Crop Block Grant has invested $627,615 in nine hemp projects across seven counties.

Agricultural research dollars combined with the PA Farm Bill’s complete package of programs has invested more than $864,000 in Pennsylvania’s hemp industry over the last three years, including dollars to support the Pennsylvania Hemp SummitOpens In A New Window.

“Team Pennsylvania hosts the Hemp Summit because of the economic opportunity and need for collaboration across public and private sectors to capitalize on the potential for hemp,” said Abby Smith, President and CEO of Team Pennsylvania. “By convening industry stakeholders, we can catalyze partnerships, networks, and idea generation that is necessary to help build this industry in the commonwealth.”

Industrial hemp was grown commercially in the United States, and in Pennsylvania, through the World War II era, but became regulated along with marijuana in the 1950s and 1960s, prohibiting its cultivation. Industrial hemp and marijuana are different varieties of the same species of plant. Unlike marijuana, industrial hemp is grown for fiber and seed, and must maintain a concentration of the psychoactive chemical tetrahydrocannabinol, or THC, below the 0.3 percent legal threshold.