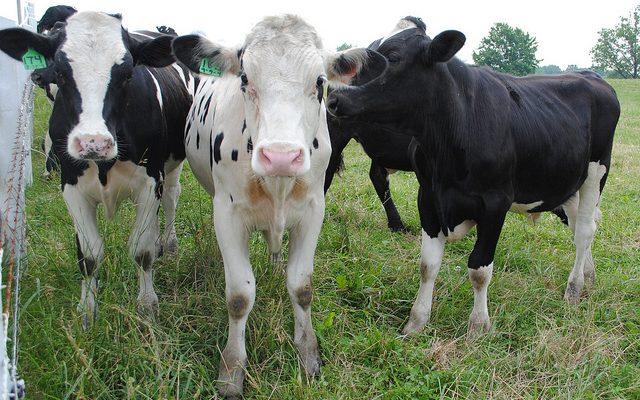 Organizers from University of Missouri Extension say the camp is significant for two reasons. First, it is designed to encourage youth wanting to go into the dairy industry. Second, it provides campers with an opportunity to learn a variety of life skills, including teamwork, cooperation, and responsibility.

“This camp draws attention to the importance of farming and its important role in Missouri’s economy. It provides youth a hands-on opportunity to care for dairy animals and learn about many aspects of dairy production while learning life skills at the same time,” Deaver said. “Our attendance was the highest it has been in the history of the camp, and we had several on a waiting list, demonstrating dairy cow camp is still relevant to our 4-H families.”

Campers work in pairs under the direction of adults and take part in workshops to learn about judging dairy animals, dairy management, animal care ethics and showmanship. Older teens serve as group leaders and counselors for the younger 4-H members. Persons working in the dairy industry visited with campers about careers in the dairy industry as well.

In addition to educational workshops on dairy heifer management, foot care, the origin of the major dairy cattle breeds, showmanship, dairy cattle judging and quiz bowl, campers participated in sessions enabling them to be certified in Show Me Quality Assurance. The activities, designed as a series of learning stations, help 4-H’ers develop both personal and project skills. Stations included an animal health tool identification, hay testing, feedstuffs, calf care, and a special presentation from the International Association of Fairs and Expositions looking at how to reduce e Coli outbreaks at fairs from the exhibitor point of view.

A judging contest and showmanship competition provide the culmination of the camp. In the dairy judging contest, first place junior was Maria Vedder of New Haven and second was Molly Archer of Falcon. In the senior division, first was Kylie Scrivner of Ava and second was Whitney Yerina of Phillipsburg. The top oral reasons were given by Logan Archer of Falcon, followed by Avonlea Bergthold of Marshfield.