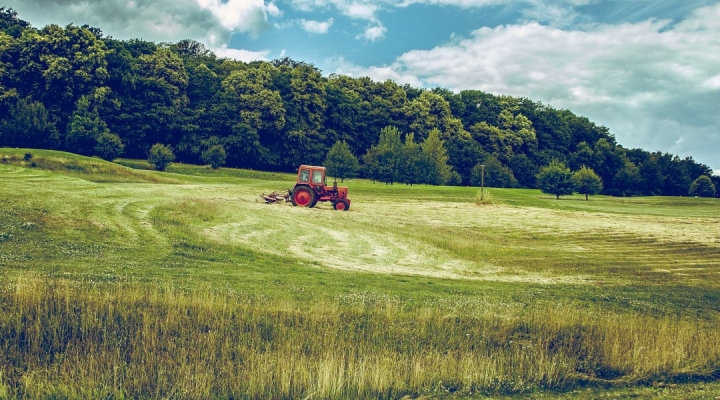 Since the Century Farm program's inception in 1977 and 2004 when the Bicentennial Farm program began, the Pennsylvania Department of Agriculture has recognized nearly 2,300 farms. Farms receive a sign they can post on their property noting the designation. (Photo by Emiel Molenaar on Unsplash)

“These families have devoted their lives and their legacies to feeding their neighbors here and around the world,” said Secretary Redding. “They are stewards, protecting our land, water and soil, and inspiring the future generations that will put food on our tables. We are here not just because these farms have stood the test of time, but because of the decisions made by generations of families to persevere and thrive in agriculture no matter what comes their way.”

Since the Century Farm program’s inception in 1977 and 2004 when the Bicentennial Farm program began, the Pennsylvania Department of Agriculture has recognized nearly 2,300 farms. Farms receive a sign they can post on their property noting the designation.

A family member must live on the farm on a permanent basis. The farm must consist of at least 10 acres of the original parcel or gross more than $1,000 annually from the sale of farm products.

Following is a list of Century and Bicentennial Farms honored today:

David and Heather Harkleroad’s Rural Valley farm was bought by his great grandparents in 1915. The family still uses the original bank barn and the home was built in 1919. Today, the 65.87-acre farm is a cattle operation.

Charlotte E. Sunday’s Bicentennial farm in Lenhartsville was purchased by her late husband George Suntag’s great, great, great grandfather in 1820 for $2.93 an acre. Of the original 192-plus acres, 156.1 acres and some original farm buildings are still in use on the crop and heifer farm. The farm was preserved in 2020 to remain a productive farm perpetually.

Robert D. Yanos’ Douglassville Farm was purchased by his grandfather in 1921. He still raises beef and grows crops on the original 86 acres.

Berks County is home to 34 century and 11 bicentennial farms.

Elizabeth W. Jacobus’ father Gilbert Watts, who served at one time as president of the PA Fruit and Vegetable Growers Association, purchased her farm in 1922. The farm’s 1923 fruit market thrived through the Great Depression, becoming what is now Packing House Market on Rt. 220. The market sells Christmas trees, wreaths and greens.

Thomas D. and Laura J. Gardner’s 127-acre Bellefonte farm was originally purchased in 1913 by the current owner’s great, great grandfather, John Hutchinson Lutz. Lutz passed the farm down through the family line to owners including David Lamb, the founder of Bellefonte. Lutz had purchased the farm after his family’s farm was taken by eminent domain to build Rockview State Penitentiary.

Ronald and Candace Wasson’s State College farm was purchased by Ronald’s great grandparents in 1922 for $82. The Wassons have farmed 46.85 of the original 219.19 acres since they purchased them in 1997.

In 1782, family home on the farm was build by Revolutionary War General John Patton, who was given the land by General George Washington in recognition of his service to the new country.

Jerry D. and Brian D. Davis farm all 88 acres of the Catawissa land originally bought by their great-grandfather William D. Davis in 1889. Davis had emigrated to the U.S. from Wales and was a prospector in the 1849 Gold Rush, and later a coal miner in Centralia. The Davis Covered Bridge, built in 1887, was named after him.

Columbia County is home to 28 century farms and 2 bicentennial farms.

Anthony and Barbara Onorato’s Shady Spring Farm in McConnellsburg was originally purchased by his great, great uncle and aunt Barney and Grace Bivens in 1922. The farm is now an agritourism business hosting farm stays in the 1880s farmhouse.

Fulton County is home to 11 century farms and one bicentennial farm.

Dylan and Emily Dilulio’s Reynoldsville farm was passed down by her great, great, great, great grandfather, Alexander Bollinger, who bought 153 acres for $2.50 an acre in 1850. The couple grows hay on 43.7 acres and still uses farm’s 1872 barn.

Barbara E. Nissley’s Mifflintown farm was bought by her great, great grandfather William Lauver in 1915. The family and the farm have expanded over the years to include generations of dairy farmers. The 232-acre farm includes 71 of the original 79 acres, and the original 1830 house as well as the dairy barn and spring house are still standing.

Juniata County is home to 33 century farms and one bicentennial farm.

Northumberland County is home to 37 century farms and 4 bicentennial farms.

Richard D. Metz, Jr.’s great, great, great grandfather Johann Metz purchased his Loysville farm in 1825 for $18. Through the years, the family farm included a blacksmith and a dairy operation. Today the farm is 147.5 acres and Metz raises beef cattle, soybeans, corn, and hay.

Dale and Dorothy Harman’s Glencoe farm was first purchased for the family by Dale’s grandfather Charles in 1922. The farm is the former site of a German Reform Church and graveyard where Civil War Veterans, railroad workers and others are buried, and outside the fence is the grave of a Black man barred from burial in the cemetery because of his race.

The farm’s elevation of 1,800 feet and surrounding 3,000-feet ridges, as well as the being the source of Finkner Creek, which eventually empties into the Potomac River, also make the location unique. The family raises Hereford-Angus mix, grass-fed cattle marketed locally.

Larry and Melissa Vough’s Markelton farm was purchased by Larry’s grandfather, Elmer Pletcher in 1915. The family has expanded 209 of the original 213 acres to a 309-acre hay business.

George E. Livingston’s Dover farm was purchased by his father, Oscar Marcellus Livingston in 1922.  All original farm buildings are still in use, including Davidsburg School and Davidsburg Church, once part of the thriving village of Davidsburg.

Timothy and Nancy Livingston’s farm, also in Dover, is a second, 53.8 tract of land included in the original farm purchase. The Livingstons live in a home built by Oscar Marcellus Livingston in 1958 and sell sweet corn in their farm market.

York County is home to 54 century and nine bicentennial farms

Note: High resolution photos from today’s ceremony will be posted on the PA Department of Agriculture’s FlickR page