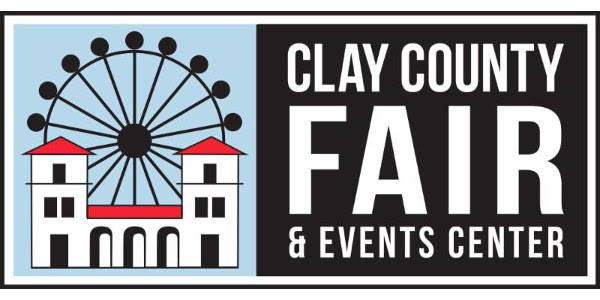 "The World's Greatest County Fair" lived up to its billing by winning multiple awards and recognitions at the 2020 International Association of Fairs and Expositions (IAFE) "Virtual Vision" held November 30-December 1.

SPENCER, Iowa — “The World’s Greatest County Fair” lived up to its billing by winning multiple awards and recognitions at the 2020 International Association of Fairs and Expositions (IAFE) “Virtual Vision” held November 30-December 1. “Virtual Vision” replaced the IAFE Annual Convention, which was cancelled due to the COVID-19 pandemic.

“Although we could not gather in person, ‘Virtual Vision’ still gave members of the Fair Executive Committee and staff the opportunity to learn the latest trends in the fair industry and celebrate the successes of our fellow fairs in a difficult year,” said Fair & Events Center CEO/Manager Jeremy Parsons.

The Fair took second place in Non-Fair Facility Usage for “Unique event created to utilize the facility during the pandemic” highlighting the Non-Profit Take Out Tuesday events held during the month of August.

The Fair also received second place in Agriculture Awards for “Partnership with outside groups/businesses” highlighting the use of the fairgrounds for the Spencer Cares Pork Distribution event organized by the Spencer Chamber in partnership with Spencer Municipal Utilities and Spencer Ag Center.

The Fair also received second place in Innovation of Sponsorship for the “Fair in a Box” promotion.

The IAFE awards program allows member fairs to enter competitions based on competitive exhibits, agricultural education, communications, and non-fair events. The entries are evaluated and judged by teams of industry leaders. For the awards program, the approximately 1,100 member fairs of the IAFE are split into five categories based on attendance. The Clay County Fair competes in Division 3, which is limited to fairs across the globe with an attendance of 250,000-500,000.

In addition to the five placings in IAFE award categories, Fair staff participated in the following recognitions and activities:

•              Jeremy Parsons, CFE, CEO/Manager, was named first vice chair of the IAFE during the business session on December 8. In his role as first vice chair, Parsons will assist with executive responsibilities associated with the organization in preparation for his role as IAFE chair in 2022. The current chair is Gene Cassidy, President and CEO of the Eastern States Exposition (MA).

•              Janet Schutter, commercial exhibits director, moderated round table discussions for the IAFE Commercial Exhibits and Concessions Committee, of which she is also a member.

•              Parsons also participated on panel with Erie County Fair (NY) CEO Jessica Underberg on “How to Keep Your Board from Being Bored” and moderated an “Ask Me Anything” Panel featuring the three most recent inductees into the IAFE Hall of Fame.

About IAFE The IAFE is a voluntary, not-for-profit corporation that serves state, provincial, regional, and county agricultural fairs, shows, exhibitions, and expositions. It currently represents more than 1,100 fairs around the world and more than 900 members from related fields.