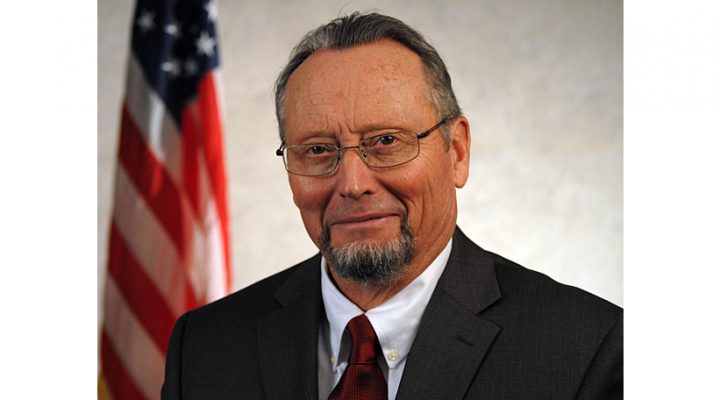 State Agriculture Commissioner Richard A. Ball said, “The State of New York stands ready to help our agricultural partners in Puerto Rico as they continue the process of rebuilding and as we work to grow our partnership in trade.  As a Commissioner and a farmer, I understand the devastation that extreme weather can have on crops and agricultural land and the challenges that it poses to the industry and to the people we feed. In fact, in many areas, New York is still rebuilding after Hurricane Irene hit New York in 2011.  We are proud to visit Puerto Rico this week and share best practices and solutions to help Puerto Rico secure their farms and food supply and protect against potential future disasters.”

The group toured the emergency food bank, which is currently being rebuilt as a state-of-the-art facility. Commissioner Ball discussed with the group best practices and ways to collaborate to address food insecurity needs in Puerto Rico.  Building on conversations that took place with members of the Governor’s Council on Hunger and Food Policy last fall, Commissioner Ball and the food bank staff also discussed potential solutions on how to improve coordination of food response during an emergency.

The two-day visit to the island included visits to area farms and agricultural businesses to view Puerto Rico’s rebuilding efforts.  The commissioner and secretary discussed coordination on USDA assistance programs, the need for livestock operations, and other opportunities for trade exchange.

Secretary of Agriculture of Puerto Rico, Carlos Flores Ortega said, “The visit of the Commissioner Richard A. Ball to Puerto Rico is very important, since there is much interest in the commercial exchange between Puerto Rico and the state of New York. The island is ready to increase the export of fruits, vegetables and processed products to the communities of Puerto Ricans and Latinos in the State. In the same way, Puerto Rican businesses based in New York are looking for opportunities to send other consumer products to Puerto Rico. Next year, we will celebrate the event “Expo Alimentaria 2020,” where we hope to invite food distributors from New York, Florida and other eastern states to see the diversity of products that will be available from the local market and do business with our agribusiness. This initiative is focused on the export of products from Puerto Rico with the goal of improving our economy.”

Agricultural trade between New York and Puerto Rico continues to grow with the expansion of New York-grown apples, cabbages, and onions into Puerto Rico and watermelon, mangoes, and pumpkins grown in Puerto Rico becoming available in New York.   To continue to facilitate and expand agricultural trade partnerships, Commissioner Ball also toured Caribbean Produce’s operations in San Juan.  Caribbean Produce is Puerto Rico’s largest produce distributor and purchased over $1 million in New York agricultural products in 2018. These products were made then made available for sale and distribution in Puerto Rico.

As established in the Build Back Better report assessing the hurricane damage, Hurricanes Irma and Maria severely impacted Puerto Rico’s agricultural sector, primarily made up of small, family-owned farms.  According to the report, over 2.2 million animals were lost to the storm and the agricultural infrastructure experienced damages in excess of $1.8 billion. Approximately 80 percent of the crop value was destroyed, a loss of nearly $250 million to the Puerto Rico economy. The destruction of planted crops caused a loss of locally grown foods, limiting nutritional options, driving up food costs and contributing to food insecurity.

Governor Cuomo and Puerto Rico Governor Ricardo Rosselló, along with members of the New York Congressional Delegation, released a Build Back Better Assessment Report in November 2017. The report identified specific sectors needing investments, including housing, power grid and resiliency, agriculture, and others. Together with $487 million for public safety and first response aid and $9 billion for long-term recovery management, the total funding need is $94.4 billion.

This week’s visit to Puerto Rico builds on the Agriculture Trade Forum held in 2016, during which representatives from business, government and agriculture came together to find opportunities to facilitate trade, expand markets, and grow the economic impact of agribusiness and agritourism in New York and Puerto Rico.  The forum followed a number of initiatives announced by Governor Cuomo in September 2015 designed to help Puerto Rico expand its economy and foster a mutually beneficial economic development relationship between Puerto Rico and New York State, including opportunities for business and technology development, agriculture, energy and infrastructure.

The New York State Office of Trade and Tourism (NYSOTT) opened by Governor Cuomo in November 2015 in Old San Juan has been crucial to the partnerships formed between Puerto Rico and New York.  NYSOTT promotes mutually beneficial tourism opportunities and strengthens economic ties between the state and the island. NYSOTT also operates the New York State Discovery Center, a Taste NY and I LOVE NY store promoting New York-made and produced products.