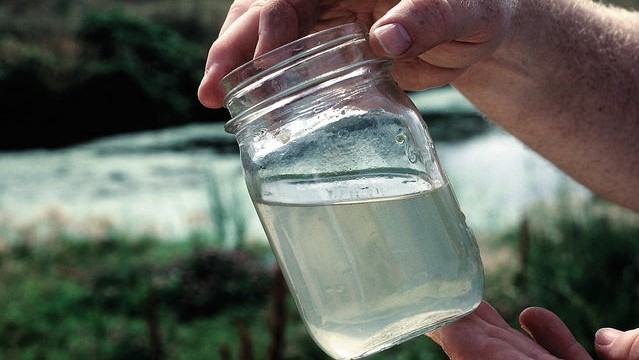 Revisions to the Waters of the U.S. (WOTUS) rule aim to clarify federal jurisdiction. (U.S. Department of Agriculture, Public Domain)

WASHINGTON — Editor’s note: The following statements pertain to the Trump administration’s plan to revise the Waters of the U.S. (WOTUS) rule under the Clean Water Act.

U.S. Secretary of Agriculture Sonny Perdue today praised the announcement from the Environmental Protection Agency (EPA) and Army Corps of Engineers that they are fulfilling President Trump’s pledge to repeal and replace the Waters of the United States rule.

“When I meet with the men and women of American agriculture, one of their chief concerns is always the overreach of federal regulations. The WOTUS rule is regularly singled out as particularly egregious, as it impedes the use of their own land and stifles productivity. Farmers and ranchers are exceptional stewards of the environment, and states have their own standards as well. This welcome action from the EPA and Army Corps will help bring clarity to Clean Water Act regulations and help farmers know where federal jurisdiction begins and ends. President Trump is making good on his promise to reduce burdensome regulations to free our producers to do what they do best – feed, fuel, and clothe this nation and the world.”

State Farm Bureau presidents from across the nation attended an event today at the Environmental Protection Agency headquarters in Washington to witness the signing of the proposed Clean Water Rule. The following statement regarding the new Clean Water Rule can be attributed to American Farm Bureau Federation President Zippy Duvall.

“Farmers and ranchers work every day to protect our nation’s waterways and drinking water. For more than five years we have advocated for a new water rule that protects clean water and provides clear rules for people and communities to follow. This new rule will empower farmers and ranchers to comply with the law, protect our water resources and productively work their land without having to hire an army of lawyers and consultants.

“We want to protect land and water in the communities where we live and work. Clean water is our way of life. Preserving our land and protecting our water means healthy places to live, work and play. We believe this new Clean Water Rule is rooted in common-sense. It will protect our nation’s water resources and allow farmers to farm.

“We appreciate the months of hard work that the administration, especially the EPA and Army Corps of Engineers, invested in making sure the new Clean Water Rule was done right. Unlike the 2015 WOTUS rule, this new rule protects our resources, respects the law and provides greater clarity so the agencies and the public can identify regulated federal waterways. We will further analyze this new rule in the coming days and will suggest further refinements during the comment period.”

National Corn Growers Association President Lynn Chrisp made the following statement on the Environmental Protection Agency’s (EPA) release of the new Waters of the United States (WOTUS) rule. The new rule replaces the 2015 WOTUS rule that would have increased regulatory burdens and costs for farmers.

“Farmers rely on clean water and are committed to protecting our environment and the communities where we live and work. With a clear understanding of what is and is not jurisdictional under the Clean Water Act, farmers can implement stewardship practices such as grass waterways and buffer strips without the burden of bureaucratic red tape or the fear of legal action.

“NCGA looks forward to fully reviewing the new WOTUS rule to ensure that it provides clear jurisdictional boundaries to farmers, protects our nation’s water and can be implemented without confusion.”

Today’s the U.S. Environmental Protection Agency (EPA) and Army Corps of Engineers released a new proposed Waters of the U.S. (WOTUS) rule which redefines the jurisdiction of the Clean Water Act more narrowly and provides clarity to what is required of landowners. NAWG President Jimmie Musick issued the following statement:

“NAWG is encouraged by today’s action by the EPA and Army Corps of Engineers to increase clarity and transparency around the Waters of the U.S. regulation.

“Wheat growers know the importance of protecting our resources in order to sustain our farming operations and feed a growing world population. However, we need regulatory certainty, so we can remain in compliance with the law.

“This proposed rule is a positive step toward regulatory certainty for America’s farmers, ranchers and ag retailers. This straightforward new language protects our nation’s clean water while allowing agricultural retailers to work with their farmer customers on the core of their business – providing food, feed, and fuel for our country and the world – and not wading through confusing and unclear policies.

“A clear rule that defines ‘navigable waters’ in a way that does not require a team of lawyers and consultants to determine if the federal EPA has jurisdiction over land and is within the scope of the Clean Water Act is something all Americans have needed for several decades. This proposed rule appears to draw bright lines on jurisdiction to remove confusion while protecting clean water. ARA looks forward to further exploring the proposal and submitting comments to the respective agencies.

“ARA appreciates that EPA and the Army Corps have taken the time to listen to the agriculture industry in writing this commonsense rule.”