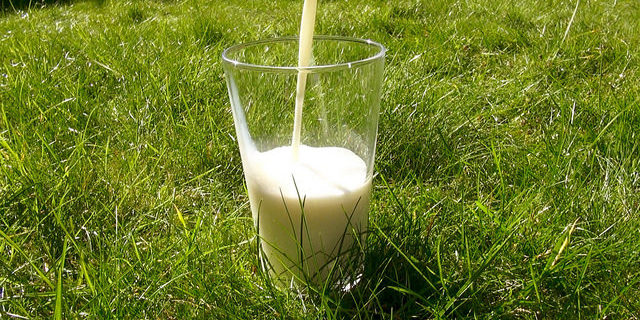 District Judge Richard Anderson Wednesday approved the consent judgment ending the litigation over Kansas’ ban on the advertising of raw milk or raw milk products other than by a sign on the premises of a dairy farm. The lawsuit, together with the settlement, was filed October 28 against Beam in his official capacity as head of the Department of Agriculture by Mark and Coraleen Bunner, operators of Shepherd’s Gate Dairy, LLC, near Pfeifer. On September 9, the plaintiffs had threatened litigation unless the Department agreed not to enforce the provision.

Under the terms of the settlement, the parties agree the advertising ban violates the First and Fourteenth Amendments to the U.S. Constitution and the Kansas Constitution Bill of Rights Section 11 and is therefore unenforceable. The statute was enacted in 1967, before the U.S. Supreme Court interpreted the First Amendment to protect commercial speech in the manner it does today.

“The statute restricting advertising of raw milk does not comply with the U.S. Supreme Court’s modern application of the First Amendment to commercial speech and is plainly unconstitutional,” Schmidt said. “While we typically provide a rigorous defense for every statute enacted by the Legislature, in this case where there exists no plausible legal defense the better and less-costly course of action is for the Department of Agriculture to work with the Legislature to modify the statute so it complies with the U.S. Constitution.”

The Department of Agriculture intends to propose legislation next year regarding the uniform labeling of raw milk products, which would address the constitutionally defective regulation of advertising at issue in this case.

“We look forward to the opportunity to clarify this statute and remove the unconstitutional restriction on advertisement of raw milk,” Beam said. “The on-farm sale of raw, unpasteurized milk continues to be the only allowable method of distribution for raw milk, as a means of protecting public health and safety due to the high degree of risk associated with unpasteurized dairy products.”

The statute in question is currently codified at K.S.A. 65-771(cc). The specific provision in question, which dates back to 1967, reads: “…so long as the person making such sales does not promote the sale of milk or milk products to the public in any manner other than by the erection of a sign upon the premises of the dairy farm.” The statute makes violation of the advertising prohibition a misdemeanor.

A copy of the consent judgment is available at https://bit.ly/32sY6fK.