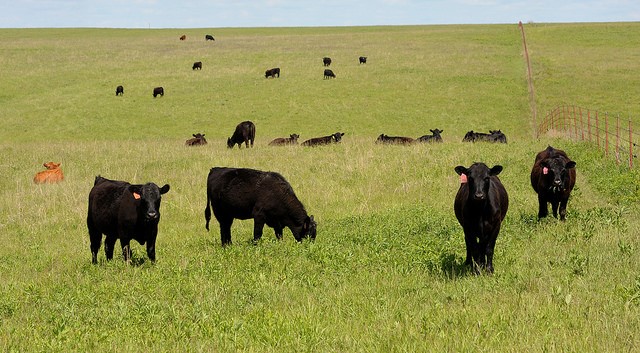 TFB asks the Texas Department of Agriculture to reconsider its actions. Experts in fever tick eradication and animal well-being should be allowed to use all tools approved in the fight to control cattle fever ticks. (K-State Research and Extension, Flickr/Creative Commons)

WACO, Texas — Texas Farm Bureau (TFB) is disappointed in actions taken this week by the Texas Department of Agriculture that stopped the use of cattle spray boxes for the treatment of cattle fever ticks in South Texas.

“Removal of this tool has jeopardized the health of the Texas cattle herd and the viability of farmers and ranchers,” TFB President Russell Boening, a farmer and rancher from Poth, said. “The cattle fever tick, and the disease it carries, has the capability to cripple the Texas cattle industry if it is not contained.”

TFB asks the Texas Department of Agriculture to reconsider its actions. Experts in fever tick eradication and animal well-being should be allowed to use all tools approved in the fight to control cattle fever ticks.

Boening noted consumers can be assured that farmers, ranchers and regulatory officials have the utmost consideration for animal health and well-being during and after treatment.

“The safety and wholesomeness of beef is not blemished by the use of this product,” he said.

Spray box operators are trained under the supervision of state and federal veterinary officials. The spray solution is sampled and tested for accurate and consistent active ingredient concentrations before treatment. This ensures correct application of the federally-approved insecticide.

“The mobile spray boxes have been approved for use by the Environmental Protection Agency for decades and offer real advantages over stationary dipping vats,” Boening said.

The spray boxes are an important tool in the eradication effort and are not known by TAHC or USDA officials to cause cattle death, he said.

The ticks are capable of carrying and transferring a disease commonly known as cattle fever, which can kill up to 90 percent of those infected.

Equine events lead up to State Fair of Texas