Home / Oregon / Ranchers cheer new Western Caucus chair
A new user experience is coming! We'll be asking you to login to your Morning Ag Clips account March 1st to access these new features.
We can't wait to share them with you! Read more here. 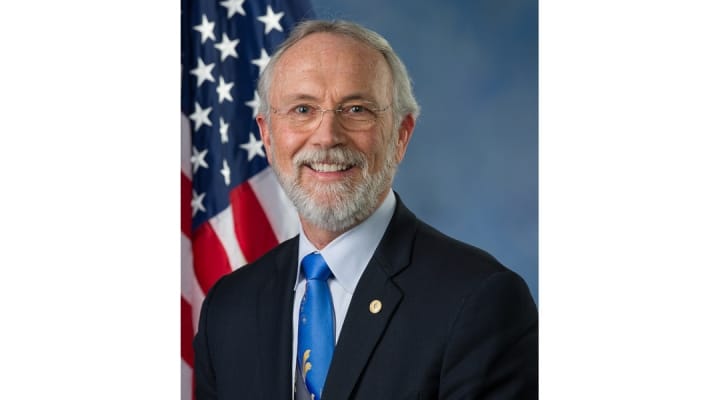 U.S. Representative Dan Newhouse (WA-04) has been unanimously elected as chairman of the Congressional Western Caucus. The bipartisan group of more than 60 members of the House of Representatives advocates for a variety of Western resource and community-based priorities. (Dan Newhouse official congressional photo)

WASHINGTON, D.C. — On Nov. 19, the Executive Committee of the Congressional Western Caucus voted unanimously to elect Rep. Dan Newhouse (R-WA) as Chairman of the Western Caucus for the 117th Congress. The Western Caucus, currently led by Chairman Paul Gosar (R-AZ), is a bipartisan coalition of nearly 70 Members of Congress from 35 different states and territories who advocate for rural, western, and resource-based communities.

“The Congressional Western Caucus is the premiere organization advocating for rural policy issues throughout the West and beyond,” said Chairman-elect Newhouse. “Chairman Gosar brought our Caucus to new heights, and I want to thank him for his strong leadership over these past four years. I intend to build upon this robust foundation, expand our influence, and help achieve new victories for our Members in the 117th Congress. Based on feedback and conversations with fellow Members, I have developed a strong vision for a Member-driven, solutions-oriented future of our Caucus. I look forward to continuing to learn, collaborate, and serve as your next Chairman.”

“I congratulate my friend, Dan Newhouse, on becoming the new Chairman of the Congressional Western Caucus. Over my 4 years as Chairman, Dan has been a constant by my side. From the Arizona desert to the North Slope of Alaska, I could always count on Dan to be there working for rural and western constituents. I know him to be an outstanding advocate for the priorities of the Caucus and a leader for Western and Rural America. He will lead the Caucus and its membership into a bright future and I look forward to continuing to work with him in the years to come,” said Chairman Gosar.

“Rep. Newhouse has been a valued leader and advocate for the West. Having truly worked the land as a farmer, he knows firsthand the detriment of federal overreach on the people who live, work, and recreate in rural America. The Foundation is excited to work closely with him as the new Chairman of the Caucus,” said Darrell Henry, Executive Director of the Western Caucus Foundation.

The National Cattlemen’s Beef Association and Public Lands Council voiced their approval of the choice.

“Congressman Newhouse is a strong advocate for cattle producers and has been instrumental in getting critical legislation across the finish line – while at the same time educating others on the issues that producers face on a daily basis. His tireless work ethic and policy acumen makes him perfectly suited to take on this role and lead the Congressional Western Caucus into the future. We congratulate Chairman-elect Newhouse on his successful election and look forward to continue working with him in the 117th Congress.”

“From Washington state to Washington D.C., Representative Newhouse has been a legislative champion for public lands ranchers and the natural resources upon which they rely. His farming background gives him unique insight into the issues that matter to livestock producers and he understands the gravity of his work to represent rural communities and America’s public lands from his Congressional post,” said PLC Executive Director Kaitlynn Glover. “Representative Newhouse’s passion for and leadership on natural resource and land-use issues makes him well-suited to lead the Congressional Western Caucus. I look forward to continuing to work with him in his new role, and can think of no one better to lead the Caucus into the new Congress. Ranchers across the West send him hearty congratulations for this well-deserved recognition.”

Plan released to reduce massive wildfires in US West