Home / Iowa / Rancher, Farmer, Fisherman
A new user experience is coming! We'll be asking you to login to your Morning Ag Clips account March 1st to access these new features.
We can't wait to share them with you! Read more here. 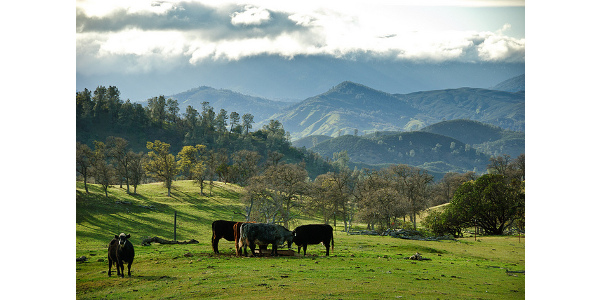 Cattle on a California ranch. (Loren Kerns via Flickr)

ST. LOUIS — Rancher, Farmer, Fisherman, fresh from its world premiere at Sundance Film Festival, will preview at Commodity Classic in San Antonio, Texas before it airs worldwide on Discovery Channel in August. The Discovery Impact film weaves together the stories of a Montana rancher, two Kansas farmers and a handful of Gulf fishermen who feed the world while stewarding the land and water they work. Based on a book by the same name, the documentary is a tribute to the unsung conservation heroes of America’s heartland.

“The men and women profiled in the book and film work tirelessly to protect America’s natural resources, make their operations more productive and resilient and leave a legacy for their children. They don’t receive much credit for their conservation achievements, and we’re trying to change that,” said Miriam Horn of Environmental Defense Fund.

Horn authored Rancher, Farmer Fisherman: Conservation Heroes of the American Heartland, on which the film is based. NCGA and EDF will host an audience Q&A with Horn after the screening.

“Most farmers I know have spent a lifetime trying to do a better job of protecting the soil and water resources on their farms. This love of the land and how to grow crops more sustainably is passed down in many cases for four generations or more,” said Brent Hostetler, National Corn Growers Association’s Sustainability Action Team chairman and a farmer from Plain City, Ohio. “This project opens public dialogue to challenge traditional notions and shows how modern farming and environmentalism can go hand in hand.”

The screening and audience discussion will be held in the Lila Cockrell Theatre during Commodity Classic’s Closing Learning Center Session on Saturday, March 4, 2017 from 1:30–3:30 pm CDT. Anyone with a Commodity Classic badge may attend.