Home / National / Rainy weekend won’t help planting progress
A new user experience is coming! We'll be asking you to login to your Morning Ag Clips account March 1st to access these new features.
We can't wait to share them with you! Read more here. 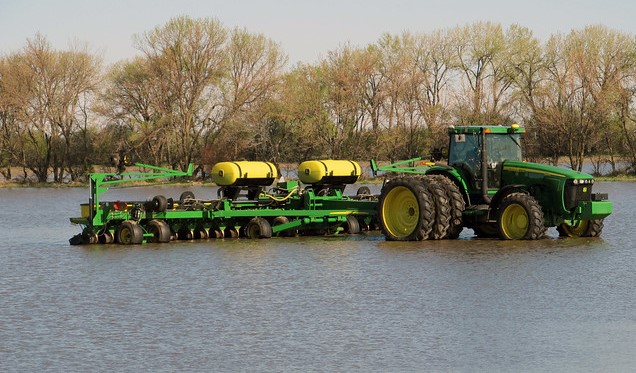 Flooding continues to impact many in the Midwest and Plains. (U.S. Department of Agriculture, Flickr/Creative Commons)

WASHINGTON — Corn planting in the U.S. advanced 19-points since last week but continues to trail last year and the five-year average by a significant amount. Marking a record-slow pace for this time of year, corn planting as of earlier this week stood at 49 percent complete.

While every other state remains behind their respective five-year average planting paces, Texas is the lone state that is now ahead of schedule. With an advancement of about 17 points from last week and planting at 92 percent complete, Texas is now ahead of their 5-year average by about 8 percent. Other key states, however, are still well behind last year and average.

Illinois remains the furthest behind. Although the state did plant 13 percent of their crop in the last week, total planting is now only at 24 percent complete. With an average planting pace closer to 90 percent for this time of year, Illinois is 65-points behind with their planting. The second slowest pace, as compared to their statewide average planting, is Indiana. Only 8 percent of the corn crop was planted since last week, pushing the total to only 14 percent complete. With a 5-year average pace of 73 percent, Indiana planting is 59-points behind. The third slowest state is South Dakota, where 19 percent of the corn crop has been planted, trailing the statewide five-year average by 57 points.

Ohio ranks now as the fourth-slowest for corn planting this season. Making only a 5-point advancement from the previous week, progress as of earlier this week was 9 percent for Ohio. Compared to a five-year average of 62 percent, the state is trailing by 53 points.

The weather thus far this spring has been almost anything but conducive for planting, and conditions for the Midwest and Plains as we head into the Memorial Day weekend don’t look much better. On Friday, rain and a chance of severe or strong thunderstorms is expected from northern Texas up into northern Illinois. On Saturday, the risk for thunderstorms and rain are forecast to continue for this same area, although rain showers could extend further eastward in to western Pennsylvania.

Rain will continue on Sunday across much of the Midwest. Showers will extend from the Northeast, through the Midwest, and back into the Central Plains. Memorial Day Monday could bring some light showers to the Midwest, although the best chance for rain will be in the Central and Upper Plains. 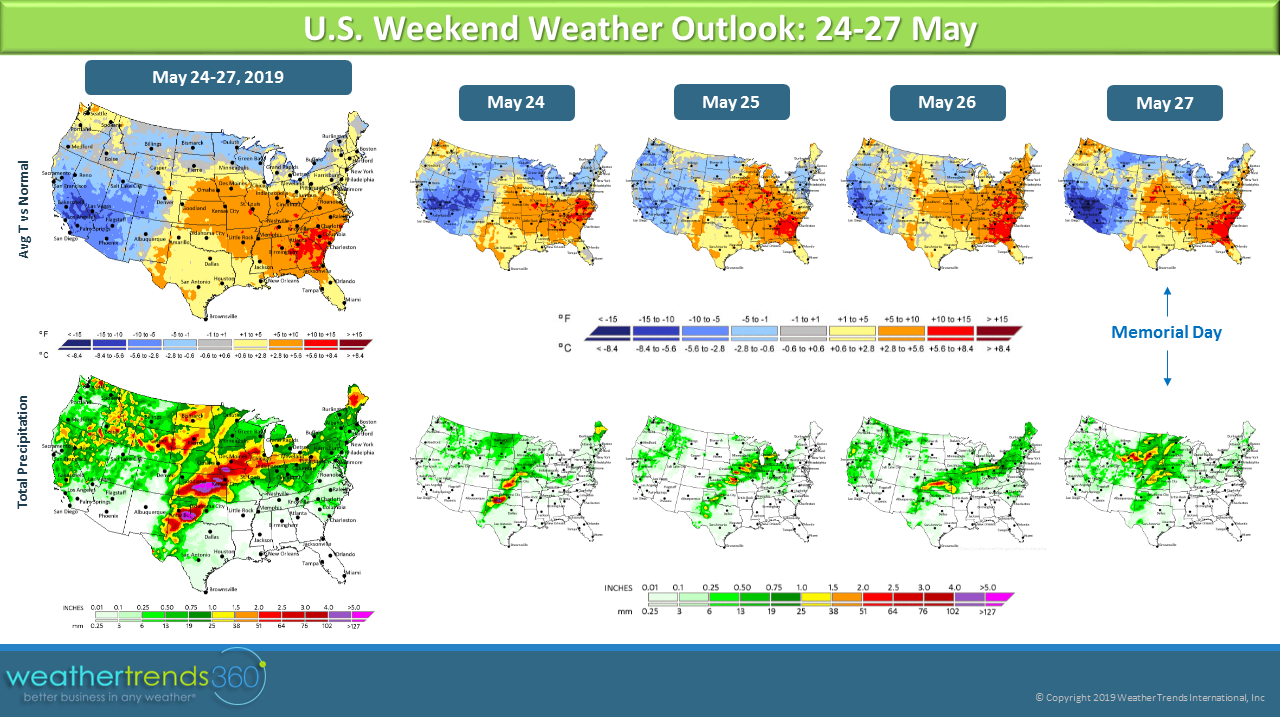 Flooding continues to impact many in the Midwest and Plains. Numerous gauges along the Mississippi, Missouri and a wide number of other rivers and waterways are near or above flood stage. This weekend’s rain will only exacerbate the ongoing flooding as well. So, when exactly will the wetter trends lift? Looking ahead to June as a whole, much of the Midwest and Central/Northern Plains are expected to continue to trend wetter than normal. Compared to June 2018, this coming June is expected to be wetter for many in the region, although some states like Iowa and Nebraska could see precipitation trends similar to even slightly drier than last year.