Home / National / Rain, rain, go away
A new user experience is coming! We'll be asking you to login to your Morning Ag Clips account March 1st to access these new features.
We can't wait to share them with you! Read more here. 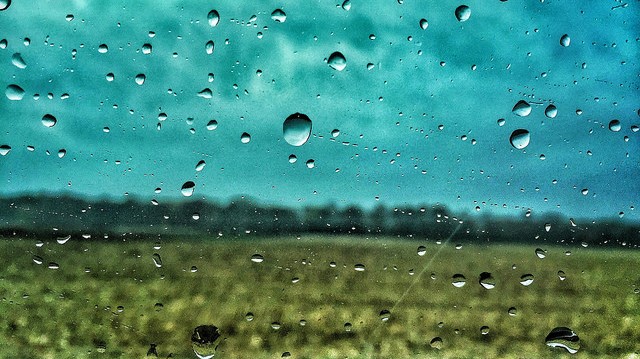 As we look ahead to next week, above normal rainfall remains in the forecast for the Central and Southeastern US. (James Loesch, Flickr/Creative Commons)

WASHINGTON — Corn planting continues across the United States, and as of May 13, progress was within 1 percent of the five-year average. As we’ve previously discussed, conditions during late April and early May have been favorable for planting progress following a rather cold and snowy beginning and middle April this year. While states like Minnesota and South Dakota are still well behind their state’s 5-year average pace, by 25 percent and 40 percent respectively, in the last week, more states have pushed ahead of their own 5-year average plantings. As of May 6, only Illinois, Indiana, Missouri, and Texas were leading their average planting progress. By May 13, however, Kansas, Nebraska, Ohio and Tennessee joined this group. North Carolina also advanced their planting progress to be in line with their five-year average.

Through the weekend, conditions up and down the East Coast and for part of the Central Plains will trend on the wet side. Over the next several days, the Plains have an increased risk of severe thunderstorms. Rainfall is expected to be well above normal for this time period across the Dakotas, Nebraska, and into portions of Iowa. Meanwhile, the East Coast remains soggy as a deep fetch of tropical moisture around a Bermuda High is helping to keep the region stuck in a conveyor belt of non-stop moisture. The Mid-Atlantic currently looks to be the ‘sweet-spot’ for highest rainfall amounts through the weekend, with an additional 3-5 inches of rain expected to fall. Flooding is likely in parts of the Mid-Atlantic as soils are saturated and waterways are already elevated from storms earlier in the week. Lower lying areas are at the highest risk for flooding over the next several days.

Accompanying the wetter trends next week will once again be above normal temperatures across the country. Many from the Northwest to the Central Plains are forecast to trend about 10-15F above normal for the week, while much of the remainder of the country trends 5-10F above normal. The Northern Plains could see temperatures a degree or two below normal on Sunday or Monday, but these trends are quickly replaced by temperatures well above normal for the rest of the week. The Corn Belt as a whole for the week is projected to be the second warmest and fourth wettest in the past 27+ years for this timeframe.