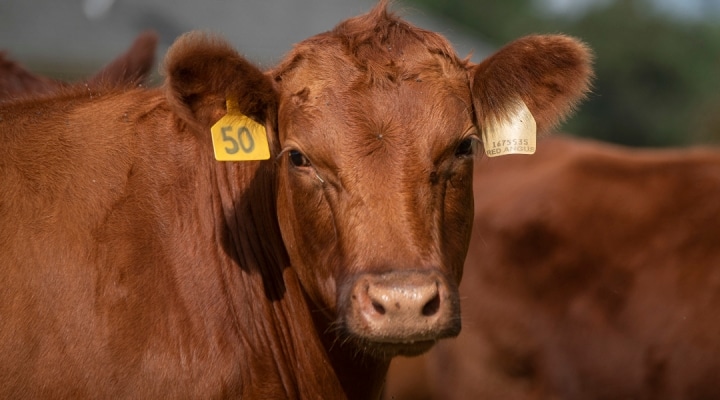 The effect of HB 229 would be to codify into Wyoming law the choices authorized under current federal law, which would effectively preserve those choices until and unless the federal law is changed. (U.S. Department of Agriculture, Public Domain)

BILLINGS, Mont. — Today, State of Wyoming legislators Representative Chip Neiman and Senator Cheri Steinmetz introduced House Bill 229 in the Wyoming Legislature. The Bill preserves for Wyoming ranchers the choice of selecting among various lawful forms of animal identification devices when complying with a 2013 federal law that requires official identification on adult cattle and bison when such animals are moved interstate.

The legislators introduced HB 229 because the U.S. Department of Agriculture (USDA) recently attempted to deprive livestock producers in Wyoming and elsewhere of the choice authorized under current federal law to use either higher-cost radio frequency identification (RFID) eartags, or lower-cost non-RFID eartags (metal eartags) as well as brands, tattoos, back tags or group/lot identification when moving cattle interstate.

Within weeks of the lawsuit, the USDA withdrew its mandate. Then, over a year later, in July 2020, it reissued a notice describing its intent to reinstate its mandate despite the lawsuit’s allegations that USDA cannot require the exclusive use of RFID eartags without following lawful procedures to amend the federal law that currently grants producers a choice regarding the type of identification to use.

The effect of HB 229 would be to codify into Wyoming law the choices authorized under current federal law, which would effectively preserve those choices until and unless the federal law is changed.

R-CALF USA CEO Bill Bullard said his group greatly appreciates the Wyoming legislators’ leadership on this issue. “They are setting an example of how a state can effectively protect both its citizens and industries from unlawful federal-agency overreach,” he said.

Vilsack on Senate passage of the American Rescue Plan Act