Home / National / Questions raised about China anti-locust ‘duck army’
A new user experience is coming! We'll be asking you to login to your Morning Ag Clips account March 1st to access these new features.
We can't wait to share them with you! Read more here. 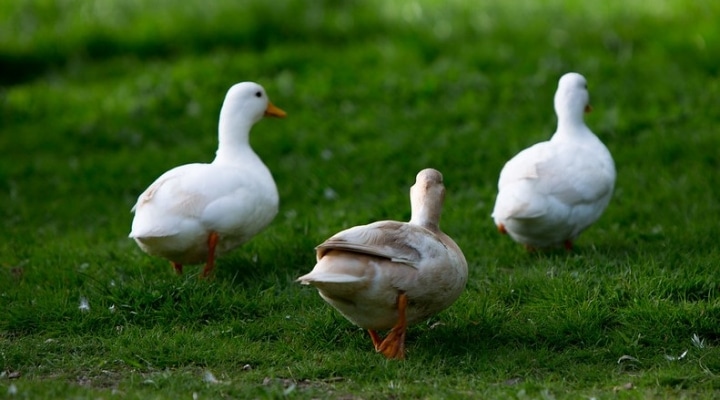 The Ningbo Evening News had said the legion of lotus-eating waterfowl would be sent from the eastern province of Zhejiang. (Chris Fleming, Flickr/Creative Commons)

BEIJING (AP) — Questions were raised Thursday about a Chinese newspaper report that the country is planning to dispatch a 100,000-strong army of ducks to help Pakistan combat a massive locust infestation.

The Ningbo Evening News had said the legion of lotus-eating waterfowl would be sent from the eastern province of Zhejiang following the earlier dispatch of a team of Chinese experts to Pakistan to advise on a response to the infestation, which is being called the worst in 20 years.

However, local media said it wasn’t clear if such a plan existed and a provincial agricultural technology institute cited in the story said it was looking into the matter.

The website of Hong Kong’s pro-China Phoenix TV said officials with the Zhejiang Provincial Institute of Agricultural Technology were hoping to discuss the matter with researcher Lu Lizhi, who was quoted extensively in the story.

Calls to the provincial government press office seeking confirmation of the report rang unanswered Thursday and a number provided for the publicity department at the agricultural institute was constantly busy.

Pakistan was invaded last year by the locust swarm, which laid waste to the country’s cotton crop and is now menacing the wheat harvest.