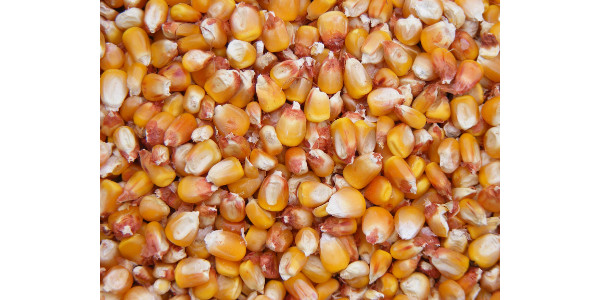 The USDA’s August crop production forecast delivered a shock to corn markets with much larger production than expected. Market participants continue to question the size of the 2019 corn crop; in particular, harvested acreage and yield come under speculation. (NDSU Photo)

URBANA, Ill. — The USDA’s August crop production forecast delivered a shock to corn markets with much larger production than expected. Market participants continue to question the size of the 2019 corn crop; in particular, harvested acreage and yield come under speculation, according to University of Illinois agricultural economist Todd Hubbs.

The switch into corn acres happened for both the prevented planting decisions and crop planting. The expansion of corn acres reduced soybean acres in particular. When matched with Farm Service Agency data on reported planted acres, Hubbs says the possibility of USDA lowering planted corn acreage by a significant amount this year seems very low.

“Harvested acreage continues to come under question due to poor crop ratings in many regions, he says. “Speculation of more acreage harvested for silage or abandoned than shown in the August report drives the idea of reduced acreage for grain. Spring flooding issues get mentioned as another reason for lower acres harvested for grain.”

“If harvested acres declined by 2 million acres, a decrease in corn production of 340 million bushels would still see supply for the 2019-20 marketing year near 16 billion bushels at current yield levels. Any rally in corn price appears centered on yield at this point,” he adds.

“USDA yield forecasts usually become more accurate as we move toward harvest. Because over a third of the corn crop got planted in June, the debate about the yield forecast looks to remain prevalent through harvest,” Hubbs states. “Using 1993 and 1995 as comparisons, the final yield fell 16 and 12 bushels per acre from the August forecast, respectively. While the current yield forecast seems high to many market observers, the potential for a small or limited reduction in national corn yield exists.”

The late-planted crop and dry weather throughout July and early August, particularly in areas of the eastern Corn Belt, point toward uncertainty on yield and acreage through January.

“Crop tours by private industry get underway shortly and may provide additional insight into the 2019 corn crop,” Hubbs says. “Results from these tours should be taken with caution due to limits with the extent of the tours and methods used in collecting the data. The variability within fields this year appears high and difficult to capture with the methods used in the tours.”

“The combination of lower production or higher consumption needs to total near 900 million bushels to see corn supplies tighten. If harvested acres for grain remain at 82 million acres, a national average corn yield near 158 bushels per acre is necessary for this scenario under current use projections,” Hubbs concludes.

Discussion and graphs associated with this article available here: https://youtu.be/0zFrbmxsmB4 or https://uofi.box.com/s/8cwfoo2nisgx6hu6vwnsfw82pbc8xbzd

Ohio stable in farm bankruptcies, nation is up