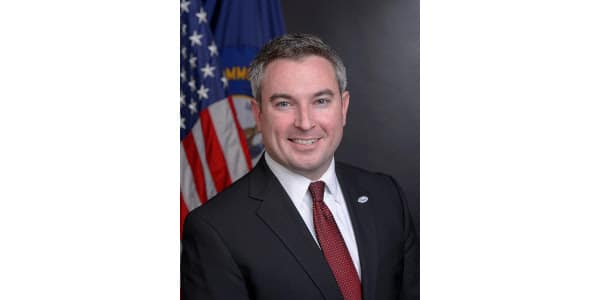 The 2021 NASDA Winter Policy Conference will focus on the theme, “Together at the Table,” as an ode to the organization’s mission to be a convener for the nation’s food and agriculture industry. (Courtesy Photo)

FRANKFORT, Ky. — As much of the nation begins to thaws from wintry weather next week, Kentucky Agriculture Commissioner Dr. Ryan Quarles will open up the Winter Policy Conference for the National Association of State Departments of Agriculture (NASDA).

“The NASDA Winter Policy conference gives agricultural policymakers an opportunity to learn from one another as we seek to continue supporting farm families across the nation during the coronavirus pandemic,” Commissioner Quarles said. “It also presents one of the first chances many state agricultural leaders will have to interact with members of the new Congress and President Biden’s team at the U.S. Department of Agriculture. I look forward to using my role as NASDA president to continue advocating for solutions to the problems facing Kentucky producers.”

The 2021 NASDA Winter Policy Conference will focus on the theme, “Together at the Table,” as an ode to the organization’s mission to be a convener for the nation’s food and agriculture industry. Held from Feb. 22 – 25, the agenda features more than 25 speakers, who will challenge conventional thinking and share the latest in global food and agriculture policy. More than 500 NASDA members, state department of agriculture staff, federal officials, congressional staffers, industry leaders, and students are expected to attend the fully virtual conference. The full agenda can be accessed here. Registration for the conference can be accessed here.

Commissioner Quarles will open the conference’s opening plenary session and moderate a conversation among congressional agricultural leaders, including Senate Agriculture Committee Ranking Member John Boozman (R-AR), House Agriculture Committee Chairman David Scott (D-GA) and House Agriculture Committee Ranking Member Glen ‘GT’ Thompson (R-PA). He will also moderate a session titled “Shaping the Future of our Essential Agricultural Workforce” with American Farm Bureau President Zippy Duvall and a session on “Feeding all Americans in a Pandemic,” with representatives from Feeding America, the No Kid Hungry Campaign, and Kroger. At the end of the conference, Quarles will unveil new policy items adopted by NASDA members.

Quarles was elected president of NASDA in September 2020. He is the first Kentuckian to serve in the role since former Commissioner of Agriculture Billy Ray Smith served as NASDA president in 2001.

NASDA is a nonpartisan, nonprofit association which represents the elected and appointed commissioners, secretaries and directors of the departments of agriculture in all 50 states and four U.S. territories. Established in 1916, NASDA grows and enhances American agriculture through policy, partnerships and public engagement. Learn more about NASDA at nasda.org.

KADB approves more than $4.7 million for projects across the commonwealth
June 20, 2021