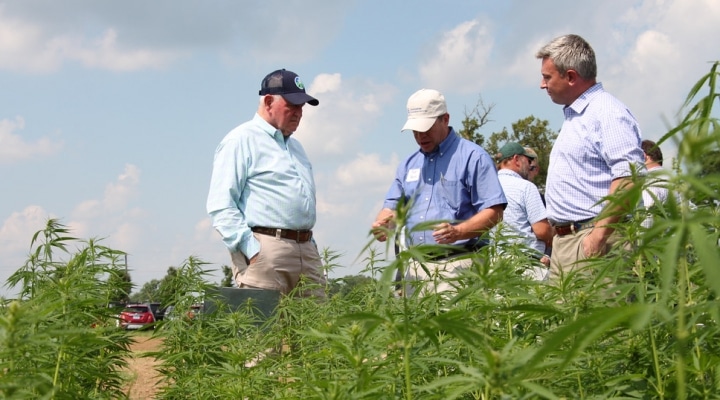 “The final rule on hemp production is much improved over the interim final rule previously issued by USDA,” Commissioner Quarles said. “The improvements were the results of work conducted by the Kentucky Department of Agriculture and other state agencies to provide feedback to the USDA. I am grateful for all of the work done by the previous administration, including that of former Under Secretary of Agriculture Greg Ibach and his team, to have an open line of communication with state leaders.”

The 2018 Farm Bill defined hemp as the plant cannabis sativa with not more than 0.3 percent tetrahydrocannabinol (THC) measured on a dry weight basis and directed USDA to develop a regulatory framework for states to manage hemp programs. The final rule comes after state agencies, industry groups, and hemp growers across the nation provided feedback to USDA on the interim final rule. The final rule for hemp production was released Jan. 19, but the new Biden Administration paused implementation for a temporary review. With the review complete, the final rule will take effect March 22.

As noted in the Commissioner’s comments submitted in October 2020, one of the major concerns about the previous rule was that it would have eliminated a key feature of Kentucky’s hemp program, the ability of growers to remediate elevated THC content through a post-harvest retest. The post-harvest retest gives growers an opportunity to realize a financial return on their harvests by giving them a second chance to achieve a compliant THC test result. Under the final rule, remediation and a post-harvest retest is allowed.

With these positive developments, Commissioner Quarles plans to submit a revised state plan to USDA for the 2022 growing season.

“I am encouraged by the progress USDA has made and have confidence in our ability to move into the federal framework as envisioned by the 2018 Farm Bill,” Commissioner Quarles said. “Additional challenges remain for the nation’s hemp industry, especially in light of the continued lack of action by the Food and Drug Administration. If this industry is to be successful, we need FDA to deliver clarity on hemp-derived cannabidiol products and their guidance cannot come soon enough.”