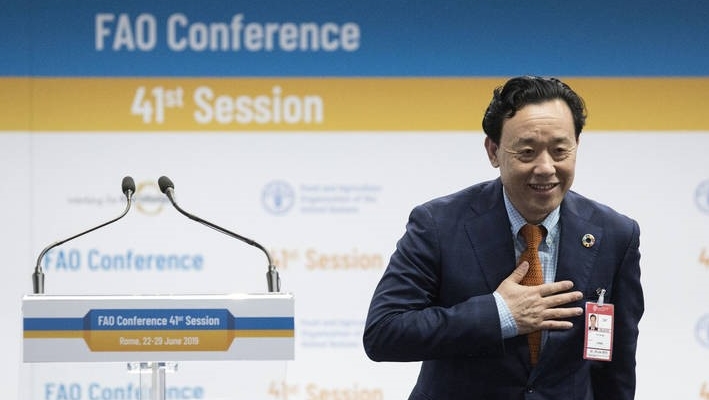 Qu Dongyu received a total of 108 votes out of 191 cast, constituting a majority in the first round. (FAO)

ROME — Qu Dongyu of China was elected Director-General of the Food and Agriculture Organization of the United Nations (FAO) today.

Qu Dongyu received a total of 108 votes out of 191 cast, constituting a majority in the first round.

The election took place during the 41st session of the FAO Conference (22-29 June 2019), the highest governing body of the Organization.

Qu Dong Yu, who was born in 1963, is currently Vice Minister of Agriculture and Rural Affairs of China.

Qu Dongyu will be FAO’s ninth Director-General since the Organization was founded on October 16, 1945.

The term of the new Director-General, who will succeed Brazil’s José Graziano da Silva, will start on 1 August 2019 and run to 31 July 2023.

Since the establishment of FAO in 1945, there have been eight Directors-General: