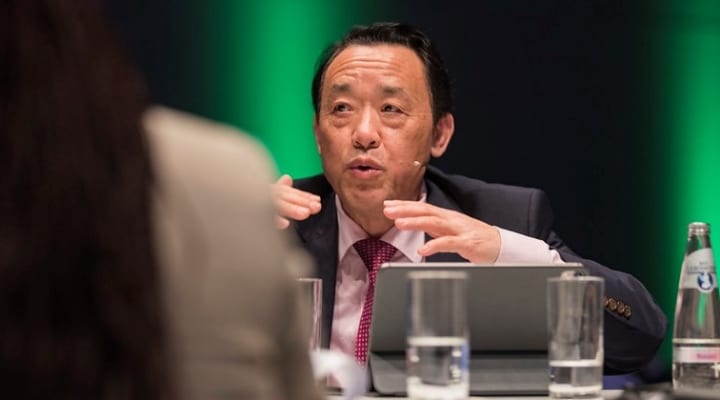 “Every country has a different situation and FAO has to deal with all these differences,” he said. Trade is a powerful channel through which the gap can be closed between countries , he added at a FAO-WTO joint high-level panel at the Global Forum for Food and Agriculture exploring the theme of “harnessing trade for achieving Sustainable Development Goal 2”.

The goal that FAO pursues is to “improve efficiency” with an eye to sustainability, natural resources and the environment, he added. Balancing agriculture and environmental factors is something every country, independent of their economic development stage, will have to do to improve production and efficiency, the Director-General said.

Some 70 ministers and vice-ministers are meeting at the Global Forum in Berlin. A point of consensus is that trade policies should form part of a larger integrated strategy that, among other objectives, enable smallholder farmers in developing countries – who produce a huge share of the world’s food but paradoxically are among the most vulnerable to hunger – to benefit from integration into the world’s agrifood value chains.

Up to 80 percent of the world’s population in 20 to 30 years will live in cities, making urban areas the driving force for the way food systems must evolve, the Director-General emphasized.

“We have to rethink agriculture, including crop production and animal husbandry … and our ways of life,” he said.

Digitalization can help ensure more efficiency, and e-commerce has great potential to help bridge gaps and promote rural development. New approaches to digitalization are needed, “because we are already a digital world,” he noted.

The Director-General pointed to FAO’s new Hand-in-Hand Initiative as a “new business model” geared to engaging all United Nations agencies, the private and civil sectors and academia to work together :to focus on the vulnerable countries and people.

The first two Sustainable Development Goals, calling for an eradication of extreme poverty and of hunger, are priorities, he said.