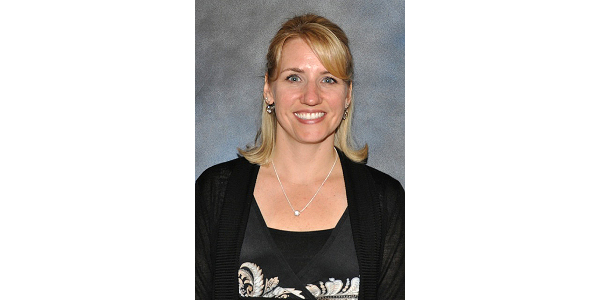 WEST LAFAYETTE, Ind. — A Purdue University researcher is part of a project that is looking for ways to improve swine herd health and survivability to increase animal well-being and pork producers’ profits.

Kara Stewart, a Purdue assistant professor of animal sciences, will focus primarily on neonatal piglet survival from birth until weaning. The project is being led by the Iowa Pork Industry Center at Iowa State University and also includes scientists from Kansas State University. The National Pork Board and the Foundation for Food and Agriculture Research (FFAR) are providing nearly $2 million for the five-year study.

“Leaders in the swine industry recognized that pig survivability was a multifactorial issue that would require teams of researchers from various disciplines to work together to research methods to improve livability in pigs,” Stewart said. “Indiana Pork also has agreed to contribute money to these projects because they see the value in decreasing herd mortality rates and improving animal welfare in our industry.”

It is estimated that 30 percent to 35 percent of pigs born die before reaching the market, creating significant economic losses for farmers. Those mortality rates have been increasing across all phases of production.

“The members of the animal science and welfare committees of the National Pork Board recognize improving pig health, welfare and productivity are keys in extending pig survivability,” said Chris Hostetler, director of animal science for the National Pork Board. “While this project is slated to last five years, it is the vision of the committees that this effort will fundamentally shape the way pigs are raised to provide safe, wholesome pork far into the future.”

Under the project, the causes of mortality on commercial swine farms will be studied by an interdisciplinary team of nutritionists, physiologists, veterinarians, well-being and behavior experts, geneticists, toxicologists, Extension specialists and economists. The goal is to fully understand the biological mechanisms that limit pig and sow survivability, how they interact and how they can be effectively improved.

“We know that improving survivability will increase the efficiency and environmental sustainability of the whole industry, but solutions need to be economically feasible,” said Tim Kurt, FFAR’s scientific program director.

“Increasing sow and piglet survivability is one of the most intractable issues facing the pork industry,” said Sally Rockey, FFAR’s executive director. “While this is a clear animal welfare problem, it is also one of the most important productivity and economic issues for producers. FFAR is pleased to be part of this important research that unquestionably will have a multitude of positive impacts.”

Stewart will specifically investigate management procedures for newborn piglets that can increase their survivability. “I also will be looking at the impacts of inducing parturition, the farrowing process and colostrum production from the mother and how these factors impact piglet survival.”

The project’s overarching goal through effective research and extension activities is to improve swine survivability by 1 percent or more each year. Increasing the wean-to-finish survival of animals by 1 percent would represent an estimated gain in productivity of approximately 1.2 million pigs a year for the nation’s swine industry.

The research team objectives include:

* Identify the causes of mortality on U.S. sow farms to support development and implementation of targeted strategies to maximize survivability.

* Develop national extension, outreach and education resources and strategies to encourage adoption and implementation of management practices to improve survivability in pork production.

The project also will train future industry leaders, including graduate students and staff, and is expected to employ undergraduate and veterinary students through internship programs.

Ag-Celerator announces next round of funding