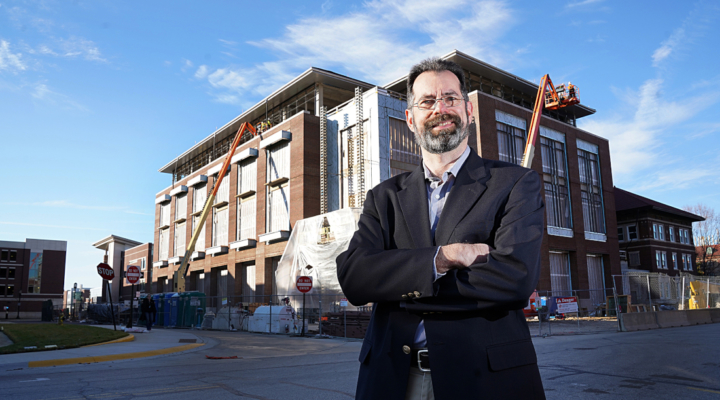 “We are thrilled to have Nate Mosier as our new head of the Department of Agricultural and Biological Engineering (ABE),” said Karen Plaut, the Glenn W. Sample Dean of the College of Agriculture. “He has served us well this year as interim head of the department and already has great respect from faculty, staff and students. I am looking forward to his continued leadership of our top-ranked ABE department.”

ABE’s previous department head, Bernie Engel, was promoted last year to the position of associate dean of research and graduate education for the College of Agriculture. Under Engel’s leadership, Purdue’s Department of Agricultural and Biological Engineering ranked as the nation’s top undergraduate school for eight consecutive years (2012-19) and the top graduate program in 10 of the past 11 years.

Mosier earned his bachelor’s degree in biological systems engineering from the University of Nebraska-Lincoln. His master’s degree and doctoral degree in agricultural and biological engineering were both earned at Purdue University. Mosier also was a National Science Foundation Integrative Graduate Education and Research Traineeship doctoral fellow in the Innovation Realization Laboratory at the Krannert School of Management. He joined Purdue’s faculty in 2003.

“There have been a lot of changes and growth on campus since I originally came to Purdue in January 1998,” Mosier said. “I think the common thread is ABE has always been focused on working to solve large and challenging problems. Agriculture sits at the intersection of many complexities.”

Mosier’s research specializes in biofuels, bioprocess engineering and bioseparations. He is the author or co-author of 46 journal publications, seven book chapters, co-author of a textbook and inventor on four awarded U.S. and international patents. He was appointed the Indiana Soybean Alliance Soybean Utilization Endowed Chair in 2015.

Mosier will lead the department through upcoming milestones including the opening of a new and renovated $80 million ABE building and the department’s 100th anniversary in spring 2021.

“I’m very excited to move forward with this opportunity at Purdue University. Though we have a top-ranking agricultural and biological engineering department, we cannot rest on our laurels. I think that this department is poised to take a real leap forward,” he said.