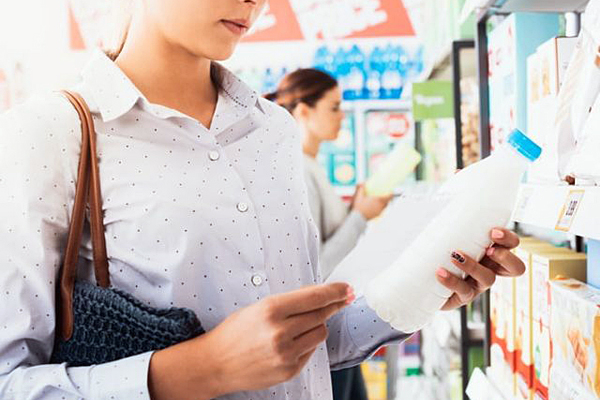 The U.S. Food and Drug Administration is asking for the public’s input on labeling non-dairy foods as milk. (Virginia Farm Bureau Federation)

RICHMOND, Va. — The U.S. Food and Drug Administration is asking for the public’s input on labeling non-dairy foods as milk.

The FDA hasn’t been enforcing regulations that govern how dairy and non-dairy imitation products, like almond “milk,” are labeled. But they plan to change that.

“This mis-labeling is cutting into dairy farmers’ bottom lines and is confusing for consumers,” said American Farm Bureau Federation economist Michael Nepveux. “American are very familiar with milk as a healthy source of protein and nutrients, and a big reason for this awareness comes from education and marketing efforts by the American dairy industry.

“These other products are taking advantage of that consumer trust to market their non-dairy products as milk and trade on the dairy industry’s good name.”

Because consumers often make food choices based on labeling, the FDA has decided to study labeling the wide variety of plant-based foods that are being positioned in the marketplace as substitutes for standardized dairy products.

FDA Commissioner Scott Gottlieb said consumers are more interested than ever in learning about the food they eat and using that information to make healthful choices. At the same time, the market is rapidly responding to new consumer expectations and trends.

Many plant-based food products bear traditional dairy terms such as milk, yogurt and cheese. Those products, however, are not the food that has been standardized under the 1938 Food, Drug and Cosmetic Act with the name “milk,” Gottlieb said.

Some of the products’ nutritional content varies widely compared to traditional milk and can have the potential for public health consequences. For example, cases have been reported of young children drinking rice-based beverages and then contracting a disease called kwashiorkor, a form of severe protein malnutrition. There also has been a case of a toddler who was diagnosed with rickets, caused by vitamin D deficiency, after parents used a soy-based alternative to cow’s milk.

Public health concerns are one reason the FDA is prioritizing efforts to closely look at the identity standards for dairy products. It’s part of an overall process for modernizing identity standards to help give consumers proper dietary information.