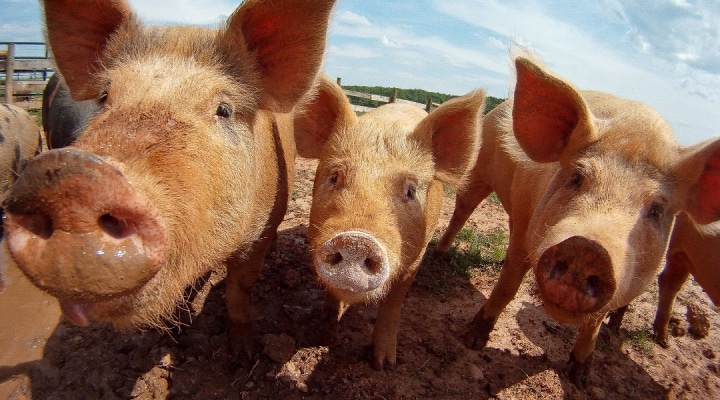 The intent of the protocol is to protect swine populations in both countries during an outbreak of ASF in feral swine, while minimizing impacts on the trade of live swine, swine products, and other swine commodities. (U.S. Department of Agriculture, Public Domain)

WASHINGTON — The U.S. Department of Agriculture’s (USDA) Animal and Plant Health Inspection Service (APHIS) and the Canadian Food Inspection Agency (CFIA) have developed a protocol to help ensure bilateral trade will continue if African swine fever (ASF) is detected in feral swine in either country, while still absent from domestic swine.

The intent of the protocol is to protect swine populations in both countries during an outbreak of ASF in feral swine, while minimizing impacts on the trade of live swine, swine products, and other swine commodities. Upon an ASF feral swine detection, all trade between both countries would initially stop. Then, according to the protocol, trade would resume in three, progressive phases with increasingly reduced restrictions on live swine, swine germplasm, and untreated swine commodities.

“Continuing trade with Canada in the event of a feral African swine fever detection is important to our stakeholders, and this trade protocol provides the necessary guidance to minimize the impact to the swine industry,” USDA Chief Veterinarian Dr. Burke Healey said. “This collaborative effort uses a science-based approach to ensure trade between both countries resumes as quickly as possible.”

How quickly the U.S. and Canada establish initial control areas, initiate surveillance/case findings and removal in feral swine, and start surveillance in captive swine, will determine when they enter phase two of the protocol. During the third and final phase, trade restrictions are reduced to the boundaries of the established control area.

APHIS and CFIA are continuing to work with industry and other stakeholders to ensure that both countries have the processes and procedures in place to fully implement the protocol.

USDA continues to work with a wide range of partners including the swine industry, our producers, other government agencies and neighboring countries to keep ASF out of North America. At the same time, we have response plans in place and incident management teams ready to deploy in case ASF does reach the United States. More information on ASF, partner resources, and additional resources for producers and veterinarians are available on the APHIS ASF webpage.