Home / Washington / Protecting the Lower Snake Dams
A new user experience is coming! We'll be asking you to login to your Morning Ag Clips account March 1st to access these new features.
We can't wait to share them with you! Read more here. 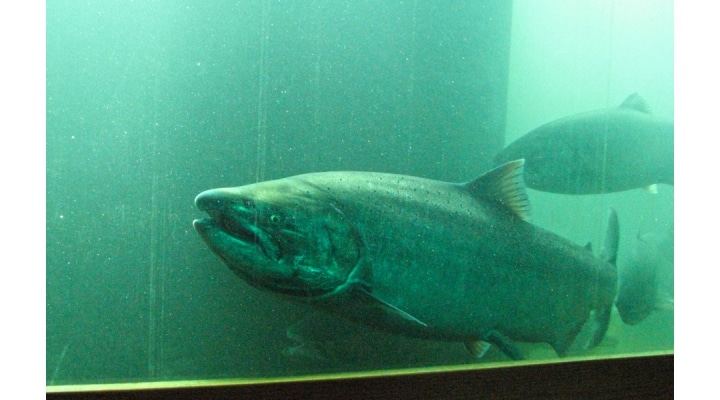 SPOKANE, Wash. — Nearly 50 agricultural, barge, power and port organizations, along with river pilots, cities, fishermen and exporters based in the Northwest, have signed onto a letter opposing Rep. Mike Simpson’s $34 billion proposal to breach the four lower Snake River dams.

The three-page letter, which is being sent to 30 of the region’s politicians, including governors, U.S. senators and representatives, makes the case for opposing Simpson’s scheme. A Republican, Simpson hales from Idaho’s Second District in the southern part of the state, which hosts multiple dams without any fish passage. A part of his dam breaching plan, which was released in early February, would render his district’s dams and many other dams safe from future lawsuits.

The signatories to the March 23 letter agree that restoration of endangered wild salmon is an admirable goal, “but we believe the proposal will have long-lasting impacts on Northwest communities without any assurance that Idaho runs will be restored.” Not to mention, there was no public process to formulate Simpson’s concepts. Furthermore, the letter states, “Rep Simpson’s proposal would set the Northwest on a path toward higher emissions, less energy certainty and a continued narrow focus on four dams with outstanding fish passage.”

Glen Squires, CEO of the Washington Grain Commission, said that while Simpson’s proposal places the four lower Snake River dams squarely in the center of his recovery plan for salmon, fish runs are suffering across the region with scientists highlighting a common denominator.

“First, only four of the 13 populations of Columbia River Basin salmon and steelhead listed as endangered or threatened even migrate into the Snake River,” he said. “Second, there are numerous salmon runs in free-flowing rivers as far away as southeast Alaska that are in crisis. This is not a lower Snake River problem where run of the river dams have effective fish passage. This problem includes ocean conditions. His salmon solution would have a huge impact, not just to farmers, but to ordinary citizens throughout the region.”

Squires was alluding to a figure in the letter from Bonneville Power Administration estimating that over a 20-year span, the average public power customer’s electric bills could rise by 25 percent if the dams are breached.

Here, too, the public at large would suffer, said Michelle Hennings, executive director of the Washington Association of Wheat Growers. As was pointed out in the letter, an additional 38,000 rail cars or more than 149,000 semi-truck loads would be needed to move cargo that went by barge in 2018.

“Our major roads and highways are already congested. Can you imagine transporting the 3.8 million metric tons of goods that now go on the Snake River? What will that mean in terms of accidents, lost time, consistency of delivery of our wheat to port and delivery of inputs upriver, as well as increased transportation costs for farmers and shippers?” she asked.

And then there’s the issue of increased carbon and greenhouse gas emissions.

“You may not be able to see the impact, but shifting cargo from the river, which is the most environmentally sensitive transportation alternative, onto trains and trucks, would add nearly a million tons of harmful gases to the air shed,” she said.

Both Squires and Hennings said they believe that Simpson’s heart is in the right place, but they question the approach and believe it is a bit self-serving.

“There’s so much in Simpson’s proposal that would benefit Idaho specifically while forcing the rest of the region to pick up the pieces. That’s just not fair,” Hennings said.

“Did you know the State of Idaho has established an allowable river temperature limit that is 2 degrees Celsius warmer than the state of Washington’s limit for the Snake River? Cold water helps salmon survival, but because of Idaho’s rules, water arriving from the state is often warmer than the maximum level Washington has established. That’s not right and needs to be fixed,” he said.

Ultimately, NOAA Fisheries, the entity responsible for salmon recovery, has recovery plans developed in collaboration with states, tribes and others, that should be funded.