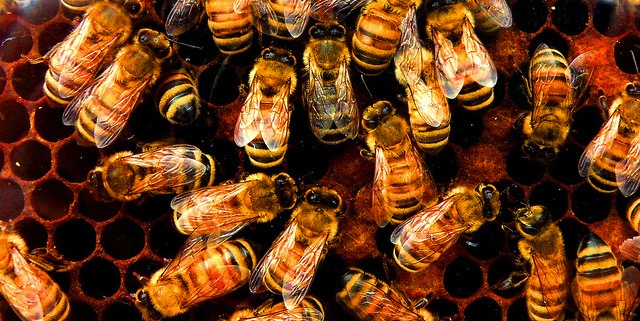 A coalition of entomologists and other scientists specializing in both disease-vector management and pollinator protection suggest professionals in these disciplines must work closely together in their local communities to ensure that efforts to reduce mosquito and tick populations don't harm bees, butterflies, and other pollinating insects. (Jennifer C., Flickr/Creative Commons)

ANNAPOLIS — Managing mosquito and tick populations and protecting the health of pollinators are growing concerns on a global scale, but success in both requires teamwork on the local level.

A coalition of entomologists and other scientists specializing in both disease-vector management and pollinator protection suggest professionals in these disciplines must work closely together in their local communities to ensure that efforts to reduce mosquito and tick populations don’t harm bees, butterflies, and other pollinating insects. Findings from the group’s research are published recently in the Entomological Society of America’s Journal of Medical Entomology.

“These collaborations work best during the planning stage of vector-control programs. Different localities generally have different vector and pathogen species and different pollinator species,” says Howard S. Ginsberg, Ph.D., research ecologist and field station leader at the U.S. Geological Survey’s Patuxent Wildlife Research Center. “Vector-control personnel know where the vectors are, when pathogen amplification occurs, and when during the year and day to intervene to interrupt the transmission cycle. Pollinator experts know where the floral resources and pollinator nesting habitats are, and when during the year and day the pollinators are active. Working together, these experts can devise targeted vector-management strategies that effectively minimize both pathogen transmission and harm to pollinators.”

Vector-control practices based on the principles of integrated pest management (IPM) already aim to minimize impact on non-target organisms, but the complexities of conditions in any given area necessitate close coordination with local pollinator experts to develop effective strategies. As just one example, application of granular (rather than sprayed) pesticide for tick management minimizes impact on pollinating insects on flowers, but it can potentially harm soil-nesting insects such as some bees and wasps. Pollinator experts with knowledge of local nesting sites can inform such vector-control decisions.

In 2014, the North American Pollinator Protection Campaign created a Vector-Borne Disease and Pollinator Protection Task Force to convene and study how to better align efforts in both realms. In their report in the Journal of Medical Entomology, Ginsberg (who served as chair of the task force) and colleagues offer several suggestions:

Despite divergent areas of expertise, Ginsberg says people who work to control vector-borne diseases and those working to protect pollinators have much to gain from each other. “Nobody wants people to get sick unnecessarily, and nobody wants to damage populations of organisms that are important to the functioning of healthy environments,” he says. “These common goals are best accomplished by collaborative groups that utilize efficiently integrated, well-targeted approaches to vector management that minimize negative effects on pollinators.”