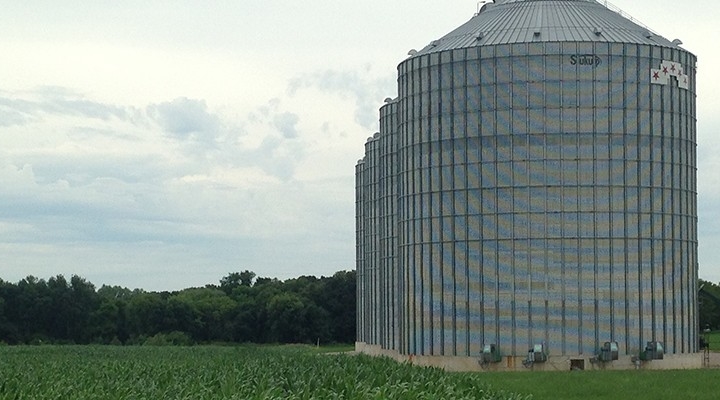 There is an out-of-sight, out-of-mind aspect to grain in a bin. Growers need to check stored grain once every two weeks, especially if they plan to store into the warmer summer months. (University of Illinois)

GOSHEN, Ind. — If you had 750 one-hundred-dollar bills, and you placed them inside your grain bin for safekeeping, would you go check on them every day? Most of us would. That $75,000 is roughly the value of 20,000 bushels of corn at today’s market price.

I would venture that most farmers do not check their grain as often as they probably should.  There is an out-of-sight, out-of-mind aspect to grain in a bin. I hope that most growers check the grain once every two weeks, especially if they plan to store into the warmer summer months.

Corn stored for the long haul is generally dried down to 13%. At that moisture level, mold growth is prevented, keeping the corn in better condition. Soybeans are typically taken down to around 11% for storage past June 1.

For the last 20 years, the recommendation has been to keep the grain cool, about 40°F, during spring and summer. Some are now suggesting warming the grain up to 50°F for storage over summer. The problem with the cooler summer temperature approach is that cool grain, on humid summer days, can draw moisture, the same way a glass with ice water gets condensation on the outside. If you are going to empty the grain before June 1, you are most likely safe to leave the grain cold.

The time it takes to cool grain down depends on the size of the fan and the volume of grain being cooled.  Large bins make take several weeks for the temperature to change to acceptable levels.

The amount of fines in the grain can interfere with the flow of air through the grain.  Fines are most likely to settle in the center, core portion of a bin.  Fines cause the air to go up the outside of the bin, leaving a temperature differential that can encourage spoilage. To avoid this, as the bin is filled, pull out about 300 bushels of grain for every 10-15 feet of bin height, creating an inverted cone. This process is known as repetitive coring and will help remove fines in the center.

When harvest is over, pull grain from the bins so the center is just below the corn at the wall. This helps bring air movement to the center and facilitates the removal of fines and foreign material from the center of the bin.

Always remember that grain entrapment is one of the hazards of working in a bin.  Never enter a bin without someone knowing where you are, and preferably with someone who will be there with you.  It happens so fast, you cannot react quick enough to free yourself.  ABC aired a show in 2015 on the dangers of grain entrapment.  It is worth viewing if you have family or hired help who need training on grain bin safety.  To view the show, visit https://bit.ly/2QPDMBk.