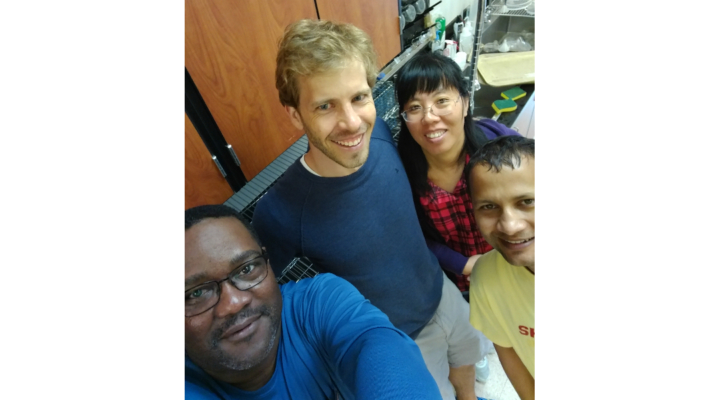 “My training at GCREC provided me ‘hands-on’ training as it relates to agriculture,” said Mike Burrell, who worked as a financial manager in the Department of Defense before entering the veterans program at UF/IFAS GCREC.

GAINESVILLE, Fla. — After retiring from a 28-year-career in the U.S. Air Force, Mike Burrell thought about what he could pass down to the next generation. He considered starting his own small business and he looked into law school, but his post-9/11 GI Bill would not cover the latter.

“With these things in mind, I was thinking about purchasing several acres of land for farming,” said Burrell, who lives in Hillsborough County. “Of course, I didn’t want to take on such an adventure without some hands-on experience.”

Through a friend at church, he heard about the Veteran Agriculture Selection Program (VASP) for military veterans at the UF/IFAS Gulf Cost Research and Education Center (GCREC) in Balm, Florida.

“My training at GCREC provided me ‘hands-on’ training as it relates to agriculture,” said Burrell, who worked as a financial manager in the Department of Defense before entering the veterans program at UF/IFAS GCREC. With 11 years of financial experience and his education at the center, Burrell took an internship at Farm Credit of Central Florida.

Like all interns who will come through the UF/IFAS GCREC, Burrell worked a six-week rotation, starting with the farm crew and moving onto research groups at the center.

Along the way, he learned how to operate tractors and other farm-related equipment and how to identify common diseases known to strawberries and cucurbits. Burrell said he also learned how nematodes impact agriculture, and the importance of urban landscaping.

Burrell graduated June 30 as the first student to finish the program.

Gary Vallad, associate professor of plant pathology and associate director of GCREC, said Simon Bollin from Hillsborough County Economic Development approached him a year or so ago with the idea to teach veterans about agribusiness.

Vallad stressed the importance of the UF/IFAS partnership with the Hillsborough County Economic Development Department and the Florida Specialty Crop Foundation. Both organizations have great contacts in the agricultural industry.

“Knowing who’s who and what’s what is extremely helpful in applying for a position with a local farm or agribusinesss,” said Bollin, agribusiness development manager for Hillsborough County Economic Development.

For now, VASP focuses on horticultural crop production, because that’s the focus of GCREC. However, the program could be expanded in the future to other UF/IFAS research and education centers, Vallad said. Program officials say they expect few if any veterans will enter the program with any sort of agricultural experience.

After finishing their studies and hands-on training at GCREC, the candidate then proceeds to a three-month internship with a local farm or agribusiness to put those new skills to work, Bollin said.

“Hopefully this leads to a full-time position,” Bollin said.

A new VASP candidate is scheduled to start Sept. 4, Vallad said. For more information about the program, contact your local Veterans Affairs office. 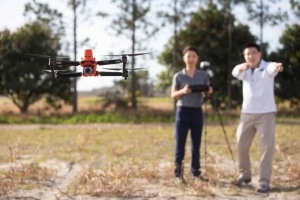 GAINESVILLE, Fla. — Agriculture is an integral part of Florida’s economy, directly contributing over $10 billion in sales revenues annually and supporting over 133,000 jobs. But farmers face numerous challenges: pests, diseases, labor, rising costs and more. To protect crop yields and the environment, the University of Florida Institute of Food and Agricultural Sciences is […] 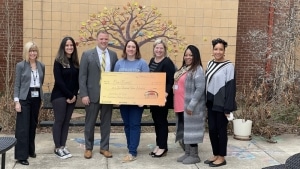