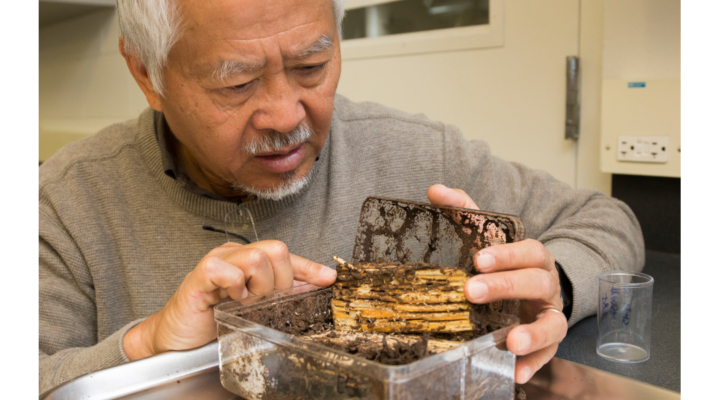 Nan-Yao Su, a globally recognized entomologist who invented the technology behind the termite-baiting system Sentricon®, has won a University of Florida Foundation Term Professorship. (Courtesy Photo)

GAINESVILLE, Fla. — Nan-Yao Su, a globally recognized entomologist who invented the technology behind the termite-baiting system Sentricon®, has won a University of Florida Foundation Term Professorship.

Su is one of just two faculty members from UF to be awarded this year’s honor by the UF provost’s office. Each year, UF/IFAS can submit one nominee for the term professorship. The professorship supports the university’s preeminence goals and supports faculty research efforts, said Jackie Burns, dean for UF/IFAS Research and director of the Florida Agricultural Experiment Station.

With the honor, Su receives $25,000, which he can use during the next three years for research in his laboratory at the UF/IFAS Fort Lauderdale Research and Education Center.

“I am honored and humbled as I join this prestigious group of eminent professors,” said Su, a UF/IFAS distinguished professor of entomology. “I could not have done it without the support from many people in the UF community.”

Su explains that termite research is crucial in at least two ways.

“The evolution of termites as social creatures is a challenging subject that still fascinates many of us in this field,” he said. “Also, termites can damage homes around the world, making it one of the most economically important insects.”

Subterranean termites are among the most damaging termites in the world and represent a significant part of the $40 billion annual cost in damages caused by insects globally, Su said.

“Due to the cryptic nature of termites, it’s been quite challenging just to understand their behavior, but I think there remains fertile ground for innovative ways to control them,” he said.

In her letter supporting Su, Burns wrote that he “is a successful, highly engaged researcher who consistently conducts innovative experiments that generate fundamental results, which he translates into practical applications.”

Although Su may be best known for inventing the technology behind Sentricon®, he has published 267 peer-reviewed journal articles.

Su continues to discover new ways to improve his own termite-bait system, Burns said. He’s also a recognized world leader in the theory and practice of termite control, signaling that future accomplishments are on the near horizon, Burns said.

Sentricon has been marketed in 32 countries since 1995 to protect more than 3 million homes, Burns said. The system also has been widely used in historic buildings, including the Statue of Liberty.

The royalties from Sentricon® are some of the most lucrative in UF history, Burns said.

“His continued productivity in the development of intellectual property is remarkable and distinctive, and is a model for other UF faculty to emulate,” she said. 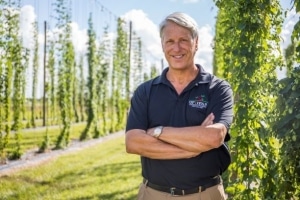 DAVIE, Fla. – Jack Rechcigl has been appointed center director of the University of Florida’s Fort Lauderdale Research and Education Center (UF/IFAS FLREC), one of 12 research and education centers at the Institute of Food and Agriculture Sciences located around the state. This position is in addition to Rechcigl’s existing job as director of the […]