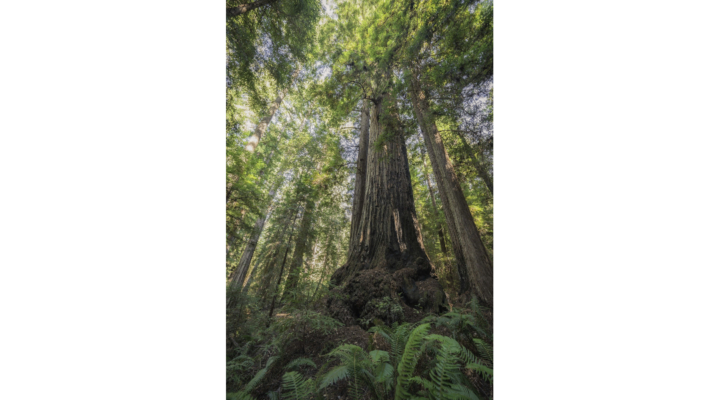 SAN FRANCISCO — Save the Redwoods League, celebrating their centennial year as the only nonprofit organization dedicated to protecting and stewarding coast redwood and giant sequoia forests in California, today announced that it has acquired the 730-acre Harold Richardson Redwoods Reserve in Sonoma County to permanently protect hundreds of old-growth redwoods and provide future public access to them. The property is the largest old-growth redwood forest remaining in single private ownership, owned by the Richardson family for generations.

“It’s as if we’ve discovered an ancient civilization; an oasis of towering redwoods hidden from public view for over a century,” said Sam Hodder, president and CEO of Save the Redwoods League. “We are grateful for the Richardson family’s foresight in stewarding this forest with such care and allowing us the opportunity to save it. The League envisions stewarding this property as a public park in the future for all to enjoy — the first new old-growth redwood park in a generation. Harold Richardson Redwoods Reserve, named to honor the legacy of the family’s patriarch, will be the newest gem on California’s crown of redwood parks, providing inspiration, recreation, and clean air and water.”

Located fewer than 100 miles north of San Francisco and just a few miles inland from the Sonoma coast, the Richardson Reserve looks much as it did thousands of years ago when it was part of the Kashia Band of Pomo Indians’ territory. The property is 30 percent larger than Muir Woods National Monument, and it contains 47 percent more old-growth redwoods. More than 300 old-growth redwoods stand over 250 feet tall, with many over 300 feet — as tall as the Statue of Liberty. The oldest known coast redwood south of Mendocino County and the largest diameter (widest) coast redwood south of Humboldt County has been discovered on the property; it is estimated to be 1,640 years old with a trunk diameter of 19 feet (as wide as a two-lane street).

This rare old-growth forest provides habitat for the northern spotted owl, marbled murrelet, foothill yellow-legged frog, Townsend’s big-eared bat, Pacific giant salamander, red tree voles, steelhead trout, and coho salmon. The League’s science-driven Vibrant Forests Plan scores the Harold Richardson Redwoods Reserve as a 99 out of 100 for redwoods conservation values because of its large, high-quality redwood forest, proximity to other protected forests, and riparian habitat along a tributary to the Wheatfield Fork of the Gualala River. These factors made it the League’s highest conservation priority in the coast redwood range to protect it from development, fragmentation, and stream sedimentation. If left unprotected, it could have been commercially harvested for its valuable old-growth timber.

The Reserve is a section of the 8,000-acre Richardson Ranch established by Harold Richardson’s pioneering grandfather in 1876, and this 730-acre section was added to the larger ranch in the 1920s. The Richardsons harvest their forest selectively, rather than clearcutting, contributing to the remarkable health of the redwood forest on the ranch. Harold Richardson had a particular fondness for the old-growth forest on the 730-acre Reserve and he did not harvest the old-growth despite having the legal right to do so.  When Harold Richardson passed away in 2016 at age 96, he left the nearly pristine 730 acres of ancient giants, within the larger family ranch, to his heirs, who in turn have worked with Save the Redwoods League to protect it for future generations.

“Deep down, Harold Richardson was a conservationist. At one point, he rode in an airplane over Sonoma County, witnessing firsthand the destruction landowners wreaked on nearby forests,” said Dan Falk, Harold’s great nephew. “He saw the effects of that and decided that’s not what he wanted to do. It’s wonderful to leave this untouched redwood forest in his honor and as his legacy. The land is protected forever, and there’s an opportunity for people to enjoy it. At the end of the day, this is what Harold wanted to see happen.”

The acquisition of the Harold Richardson Redwoods Reserve costs $9.6 million, plus the transfer of the protected Stewarts Point property to the Richardson family. A conservation easement secured by the League and transferred to the Sonoma County Agricultural Preservation and Open Space District last year, with funding from the state’s Wildlife Conservation Board and Coastal Conservancy, permanently protects the resources on the Stewarts Point property. Funding for the $9.6 million comes from the generous support of League members, matching challenge grants from an anonymous donor and The Mattson Family Conservation Foundation, and from the Gordon and Betty Moore Foundation.

Following the acquisition, the League will begin to develop a public access plan that will likely take three years to complete and implement. By establishing hiking trails on the property, the League’s goal is to allow the public to experience its beauty and history, inspiring redwoods enthusiasts and conservationists for generations to come.

Completion of the Harold Richardson Redwoods Reserve is among the key goals in the League’s recently released Centennial Vision for Redwoods Conservation. The Vision states that, while “most of the ancient redwood forests have either been protected by the League and [its] partners or lost to the timber rush, there remain pockets of viable old-growth forest in the coast redwood and giant sequoia ranges that can provide ecological foundations for the regeneration of the forests.” As a core element of its Centennial Vision, the League “will work to secure those forests and save them for future generations.”

To access images, videos, or drone footage please visit our newsroom for resources. To schedule an interview, please contact Ashley Boarman, Landis Communications at (415) 359-2312 or redwoods@landispr.com

To donate and support this project, go to SaveTheRedwoods.org/Richardson, or contact 415-820-5800.

About Save the Redwoods League
Save the Redwoods League, one of the nation’s oldest conservation organizations, is celebrating 100 years of protecting and restoring redwood forests and connecting generations of visitors with the peace and beauty of the redwoods. Its 19,000 supporters have enabled the League to protect more than 200,000 acres of irreplaceable forest and help create 66 redwood parks and reserves. For more information, visit SaveTheRedwoods.org.

–Save the Redwoods League

Fewer flies equals less stress for you & your horse