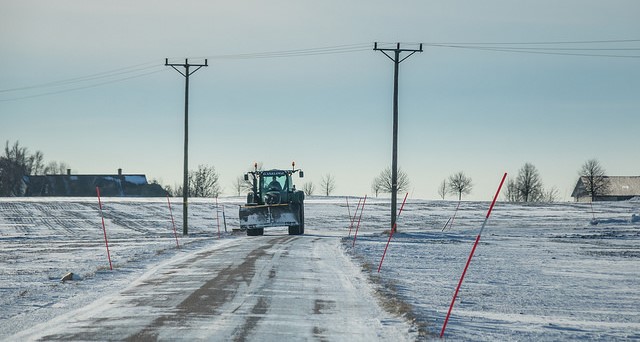 When road-salt spray hits twigs, buds and, in the case of evergreens, foliage, such direct contact causes yellowing of needles, and subsequent death of evergreen twigs and limbs. (Susanne Nilsson, Flickr/Creative Commons)

CANTON, N.Y. — Every winter brings its annual a-salt on roads and walkways. In icy conditions, salt can be a good thing, but too much of it is worse than a bad pun. Cars, equipment, and concrete suffer in obvious ways, but damage to trees and other woody plants is much less invisible. Salt injures trees and shrubs by several means.

When road-salt spray hits twigs, buds and, in the case of evergreens, foliage, such direct contact causes yellowing of needles, and subsequent death of evergreen twigs and limbs. It also leads to stunted or deformed growth, such as “witches’ brooms,” on hardwoods. Severe or repeated direct exposure, especially for sensitive species like white pine, can kill the whole tree.

Less noticeable, but worse by far, is the effect salt has on roots when it gets directly deposited onto a tree’s root zone by plowing or when runoff washes salt into the soil. For an established tree, its root zone is two to three times its branch length (drip line). Enough salt in the soil will kill a tree over the course of a few years. But even at lower concentrations it makes water less available to tree roots, producing drought stress in the presence of moisture.

This latter, chronic injury may show up as browned leaf edges, a condition known as “marginal leaf scorch,” in the hottest part of July and August, when deicing salt is the last thing on people’s minds. It can also manifest as subtle, cumulative damage that weakens a tree year after year until eventually it succumbs to opportunistic agents such as insects or diseases.

Salt actually damages soil structure, causing what’s known as “sodium compaction.” Roots need to get oxygen through soil pores, and healthy soil forms tiny clumps which form natural channels for air to pass. The chemical bonds holding the clumps together are broken by salt, and as a result the pore spaces collapse, restricting roots’ access to air and further stressing trees. While it was once thought that rain could wash road salt out of the soil each summer, it now appears this is rarely the case, and that salt levels often slowly build over time.

There are many “low-salt recipes” for dealing with this problem. Some tree species—honeylocust, hawthorn, and Norway maple, for example—are more salt-tolerant than average, and can be used in place of sensitive trees like sugar maple.

Homeowners can reduce salt damage by employing only sand or other mineral abrasives like “Surefoot,” or by at least switching to mixture of salt and sand. Alternative deicing products like calcium magnesium acetate (CMA) are much less toxic to plants, though they may cost more. In addition, constructing a barrier of burlap or other fabric to deflect road-salt spray from foliage can also help a great deal. Barriers to deflect and/or divert spring runoff from root areas can assist as well.

For more information on ways to reduce the winter “a-salt” on trees and shrubs, call your local Cornell Cooperative Extension office. 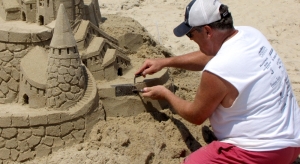 NYFB on State of the State Address