Home / Ohio / Prevented planting, idle land and CAUV
A new user experience is coming! We'll be asking you to login to your Morning Ag Clips account March 1st to access these new features.
We can't wait to share them with you! Read more here. 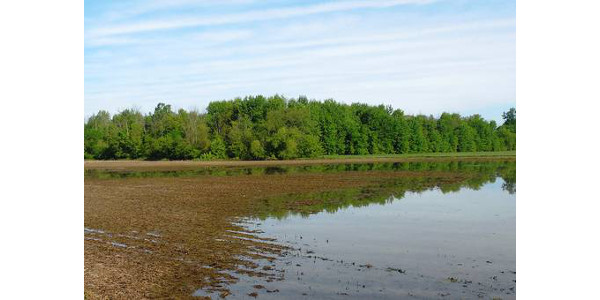 Ohio’s Current Agricultural Use Valuation program allows landowners to retain the benefit of CAUV tax assessment on agricultural land even if the land lies idle or fallow for a period of time. (Photo by Mike Staton, MSU Extension)

COLUMBUS, Ohio — The decision on whether to take prevented planting is a tough one, but don’t let concerns about increased property taxes on idle land enter into the equation. Ohio’s Current Agricultural Use Valuation program allows landowners to retain the benefit of CAUV tax assessment on agricultural land even if the land lies idle or fallow for a period of time.

Ohio’s CAUV program provides differential property tax assessment to parcels of land “devoted exclusively to agricultural use” that are ten acres or more or, if less than ten acres, generated an average gross income for the previous three years of $2,500 or more from commercial agricultural production.  Timber lands adjacent to CAUV land, land enrolled in federal conservation programs, and land devoted to agritourism or bio-mass and similar types of energy production on a farm also qualify for CAUV.

The law would play out as follows.  When the auditor sends the next CAUV reenrollment form for a parcel that qualifies for CAUV but was not planted this year due to the weather, a landowner must certify that the land is still devoted to agricultural production and return the CAUV form to the auditor.  The auditor must allow the land to retain its CAUV status the first year of lying idle or fallow, as long as the land is not being used or converted to a non-agricultural use.  If the land continues to be idle or fallow for the following year or two years, the auditor could ask the landowner to show cause as to why the land is not being used for agricultural production.  The landowner would then have an opportunity to prove that the weather has prevented plans to plant field crops, as intended by the landowner.  After three years, the landowner would have to change the land to a different type of commercial agricultural production to retain its CAUV status if the weather still prevents the ability to plant field crops on the parcel.  Other agricultural uses could include commercial animal or poultry husbandry, aquaculture, algaculture, apiculture, the production for a commercial purpose of timber, tobacco, fruits, vegetables, nursery stock, ornamental trees, sod, or flowers, or the growth of timber for a noncommercial purpose, if the land on which the timber is grown is contiguous to or part of a parcel of land under common ownership that is otherwise devoted exclusively to agricultural use.

Being forced out of the fields due to rain is a frustrating reality for many Ohio farmers today.   One positive assurance we can offer in the face of prevented planting is that farmers won’t lose agricultural property tax status on those fields this year.  Read Ohio’s CAUV law in the Ohio Revised Code at sections 5713.30 and 5713.31.

How dairy plays a role in preserving our planet