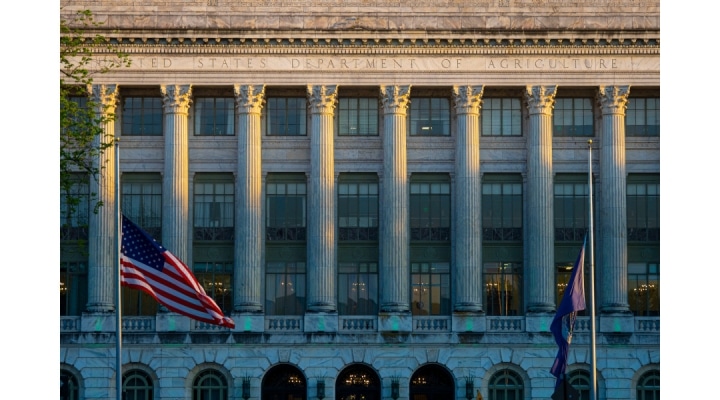 These regional appointees will be critical to the President’s efforts to rebuild communities most impacted by the pandemic, the economic recovery, and climate change. They bring deep expertise in their issue areas as well as critical relationships with federal, state, tribal, and local leaders. And, consistent with the President’s commitment to building an administration that looks like America, these regional appointees represent the diversity of America and the communities they serve.

The USDA’s Farm Service Agency implements agricultural policy, administers credit and loan programs, and manages conservation, commodity, disaster, and farm marketing programs in each U.S. State. Its mission is to equitably serve all farmers, ranchers, and agricultural partners through the delivery of effective, efficient agricultural programs for all Americans. State Executive Directors oversee this work, ensuring the needs of local constituents are met and that USDA resources are distributed equitably and fairly.

John Sullivan previously served as the Program Manager for the Maryland Department of the Environment (MDE) overseeing the Animal Feeding Operations (AFO), Biosolids, Waste Diversion, and Hazardous Waste Permits divisions. Through the issuance of AFO permits and compliance he also emphasized the importance of a collective relationship between the Maryland Departments of Agriculture and Environmental Protection, and represented MDE on the State Soil Conservation Committee. Prior to this role, Sullivan served as the Deputy Chief of Staff and Agricultural Liaison to the Harford County, Maryland County Executive for the agricultural industry. He developed the first comprehensive agricultural economic development plan for Harford County, received the National Association of Counties Achievement Award for the Ag 2000 initiative and Buy Local Campaign, developed marketing programs to enhance economics of the agricultural industry, and conducted legislative service related to agriculture.

Daniel Smiarowski has worked with the USDA Farmers Home Administration and Farm Service Agency since 1986. He started as a Student Trainee upon graduating from the Stockbridge School of Agriculture where he studied fruit and vegetable crops. He became an Assistant County Supervisor after graduating from the University of Massachusetts with a degree in Agricultural Economics in 1988. Since then, he has served as a Farm Loan Specialist and District Director in the Massachusetts Farm Service Agency for a majority of his career. Over the past 35 years, he has worked with a diverse group of farms in Massachusetts including fruit and vegetables, cranberries, dairy, greenhouse operations, shellfish, and tobacco.

Smiarowski grew up on the 175-acre family farm located in Montague and Sunderland, MA that he currently owns and operates with his wife Penny. He is the third generation to operate the farm, which was started in 1923. The farm has operated as a dairy and a diversified vegetable farm over the years. Smiarowski currently produces asparagus, butternut squash, and pumpkins and leases the remainder of the land to family members and an organic beginning farmer. He has two children, Alexander and Alina.

Born and raised on the family farm and ranch near Beggs in east central Oklahoma, Steve Kouplen learned the value of education, graduating from Oklahoma State University with a B.S. and M.S. in Agricultural Education. While raising a family and operating a commercial Hereford cattle ranch and farm, Kouplen served in several county and state leadership roles, including serving as President of the Okmulgee County Farm Bureau and Oklahoma Farm Bureau, Chairman of the Oklahoma Beef Council, and member of the board of directors for the East Central Electric Cooperative, Beggs School District, and Okmulgee County Fair Board. He is also a past member of the local Farm Service Agency Committee and the Okmulgee County Rural Water District #6. Kouplen was elected in 2009 to the Oklahoma House of Representatives and quickly rose through the ranks to Minority Leader.

John Litz is a lifetime farmer in Hamblen County, Tennessee. He was born and raised on his family farm in Morristown that he and his wife Kathy now share. Their farming operation includes 3,000 acres of corn, soybeans, wheat, turf grass, and a vineyard. After graduating from the University of Tennessee, Knoxville, Litz was an owner/manager in a 2500+ head feed lot operation in charge of animal health and assisted with row crop management. Additionally, Litz graduated from the University of Kentucky’s 2-year Leadership Program. Litz has received awards for Lancaster Sunbelt Farmer of the Year for the State of Tennessee, Hamblen County Farm Family of the Year, and Hamblen County Agribusiness Person of the Year. He has been involved in organizations such as UT Agriculture Regional Advisory Committee, BPOE (Elks Lodge), Hamblen County Democrat Party, numerous Farm Bureau committees locally and state-wide, and is a member of All Saints’ Episcopal Church, Morristown. He served as Vice-Chair of the State Democrat Party and is a member of the State Democrat Executive Committee. Litz also served four terms in the State House of Representatives for Hamblen County where he sat on the Agriculture Committee, State & Local Government Committee, Election Subcommittee, and was an officer as a freshman on the Calendar and Rules Committee. He was elected as Assistant Democrat Leader while in office. Litz looks forward to serving Tennessee as FSA Executive Director, and he will strive to keep farmers across the state informed about FSA programs.

John Roberts immigrated from Great Britain, after completing his college education with a BS degree in Farm Management, to Vermont in 1974. He managed Shelburne Farms in Shelburne, Vermont for two and a half years until the spring of 1977. At that time, Roberts and his wife Lisa bought a 260-acre farm in Cornwall. Starting with 36 cows, they farmed until 2012 and grew the farm to 400 acres and 195 registered Brown Swiss cows, and raised four children. Following that, Roberts worked for over six years for the Vermont Agency of Agriculture as a water quality specialist. Roberts assumed the position of Executive Director of the Coalition at the beginning of June 2020. Over the years, Roberts has been active in his community as a Select Board member as well as in several state and national committee positions focused on agricultural, conservation, and environmental policy, including the National Beef Board and the Grazing Lands Conservation Initiative. On the state level, Roberts served on the Vermont Water Resources Board, the Vermont Housing Conservation Board, the Board of the Vermont Land Trust, and as Chair of the state USDA-FSA Committee and has been active in rewarding farmers for sound environmental practices.

Jonathan McCracken serves as a Senior Advisor to U.S. Senator Sherrod Brown (D-OH). For the past 15 years, he has held various legislative positions related to agriculture, rural development, food, nutrition, energy, and environmental policy. McCracken has extensive experience bringing together and working with community leaders, economic development officials, and government agencies on programs benefitting Ohio and its rural communities. Prior to working for Senator Brown, McCracken began his career working for Senator Edward M. Kennedy (D-MA). A native of Wilmington, Ohio, McCracken is a graduate of Wake Forest University and earned a J.D. from the George Washington University Law School. McCracken currently resides with his family in Columbus, Ohio.

Margaret Hoffmann has over a decade of experience working on rural economic development in Oregon. Hoffmann has spent the last five years working at the Farmers Conservation Alliance to help over 50% of irrigated agriculture modernize their systems to increase economic resilience and environmental benefits. As the Strategic Operations Manager, she helped raise over $750 million in infrastructure funding to move projects through planning, design, and implementation. Prior to joining the Farmers Conservation Alliance, Hoffmann served as the Energy Policy Advisor to Governors Brown and Kitzhaber. In that role, she coordinated with a broad array of stakeholders to facilitate the state’s transition to an economically resilient, lower-carbon future. Hoffmann has a deep understanding of how challenging it can be for people to navigate the complexities of accessing federal assistance She looks forward to leveraging Rural Development’s resources to increase equitable access program capital, address climate change, and economically recover from the ramifications of COVID.