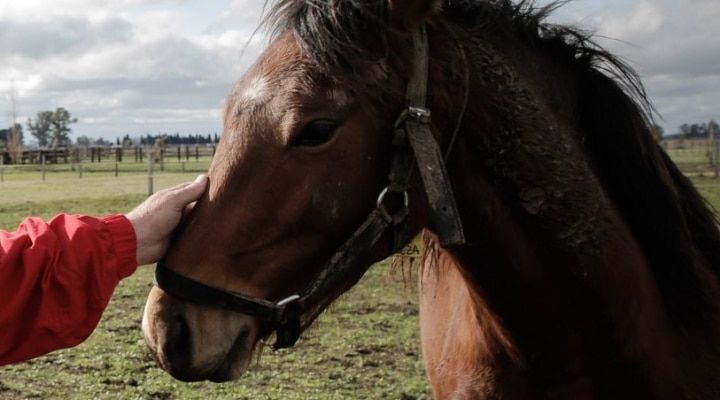 Over 98% of 2019 cases involving either of these mosquito-transmitted diseases were in non-vaccinated or under-vaccinated horses. (U.S. Department of Agriculture, Public Domain)

COLLEGE STATION, Texas — With spring around the corner, Texas A&M Veterinary Medical Diagnostic Laboratory wants to prepare your horses for West Nile virus and Equine Encephalitis virus. This AgriLife agency reports on annual trends in positive disease cases and discusses the best way to prepare horses with vaccinations and your veterinarian’s help.

Last year, the Texas A&M Veterinary Medical Diagnostic Laboratory, TVMDL, documented fewer cases of West Nile virus than in previous years. The number of positive cases of West Nile virus in horses seen at TVMDL fluctuates from year to year, which is common with mosquito-borne diseases. In 2019, the agency reported only four positive cases in horses, none of which came from Texas. However, as West Nile cases went down, the agency saw a slight increase in another prominent mosquito-borne disease: Eastern Equine Encephalitis virus, EEEV.

TVMDL reported 16 cases of EEEV cases in 2019, with four of those positive cases coming from out of Texas. Over 98% of the cases involving either of these mosquito-transmitted diseases were in non-vaccinated or under-vaccinated horses.

What is West Nile Virus?

West Nile virus is a flavivirus that occurs worldwide. It is similar to other flaviviruses, such as Zika and yellow fever, in that it is transmitted by mosquitos. The virus was first detected in the U.S. in 1999 and within a few years had spread throughout the country. West Nile virus is now considered endemic in all of the Americas.

What is Eastern Equine Encephalitis Virus?

EEEV is an often fatal alphavirus that causes encephalitis, i.e. swelling of the brain. The virus was first recognized in Massachusetts horses in 1831 and has since been reported across various parts of the eastern U.S. Although much rarer than West Nile virus, EEEV is similar in that humans are considered a susceptible species, if bitten by an infected mosquito.

West Nile virus and EEEV are both reliant on a natural transmission cycle between birds and mosquitos. Birds serve as a reservoir host for the viruses that cause both diseases. Mosquitos that feed on infected birds serve as disease vectors and may transmit the disease to susceptible animals, such as horses and humans.

There is no evidence of the virus being transmitted directly from horse to horse or from horses to humans, therefore, horses are considered dead-end hosts. All equids appear to be susceptible, and all age groups can be affected.

Clinical signs for both WNV and EEEV are similar and include:

Diagnosis for each virus cannot be made solely based on clinical signs. Several other equine diseases share similar signs and therefore, diagnostic testing is the only method to determine the cause of illness.

What can be done to prevent West Nile virus and EEEV?

Aside from practicing mosquito control around your barn, stable and home environment, the primary method of reducing risk in horses for both viruses is vaccination, as the vaccines available for both of these diseases has proven to be very efficacious. Each year, the majority of documented cases of West Nile virus and EEEV come from non-vaccinated or under-vaccinated horses. TVMDL encourages horse owners to work with their veterinarians to establish a vaccination program, especially in areas with a historical presence of both viruses.

TVMDL currently offers three tests that may be of assistance when trying to detect West Nile virus and EEEV. Veterinarians working with horse owners are encouraged to call TVMDL with questions regarding diagnostic testing for either of these viruses. Consultations are free and can cover a variety of topics including test recommendations and result interpretation.

Editorial: Victory in the courts for Texas property owners
August 4, 2020