Home / DelMarVa / Prepare now for hurricane, storm emergencies
A new user experience is coming! We'll be asking you to login to your Morning Ag Clips account March 1st to access these new features.
We can't wait to share them with you! Read more here. 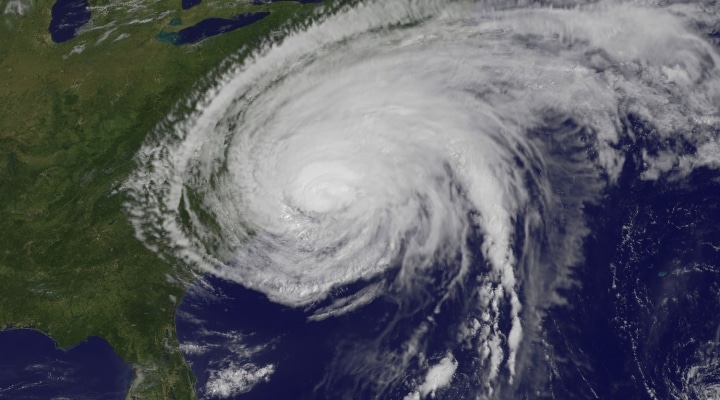 RICHMOND, Va. — Come hail or high water, a storm preparedness plan can give Virginians peace of mind as the 2021 Atlantic hurricane season begins June 1 and runs through Nov. 30.

Forecasters at the National Oceanic and Atmospheric Administration’s Climate Prediction Center, a division of the National Weather Service, predict a 60% chance of above-normal activity this season. However, experts do not anticipate the historic level of storm activity seen in 2020—the most active and fifth-costliest Atlantic hurricane season on record. Of the 30 named storms that year, 14 developed into hurricanes, and seven intensified into major hurricanes.

In Virginia, the remnants of hurricanes can pack a real punch, like the tornado produced by Tropical Storm Isaias that walloped the lower Tidewater region in August 2020.

An EF2 tornado with wind speeds up to 125 mph dragged through Southampton County, leaving a trail of destruction on the outskirts of Courtland. Virginia Farm Bureau Mutual Insurance Co. processed more than 500 property and auto claims filed after that storm.

“There were several models that predicted the path of the storm, and as it turns out we were very lucky it was downgraded to a tropical storm by the time it entered Virginia,” said Laurie Gannon, vice president of claims for VFBMIC. “As with any storm like Isaias, we want to have boots on the ground as soon as it is safely possible.”

Gannon said field claims representatives were sent from unaffected areas to assist the property field adjusters in the Tidewater area. Southampton County Farm Bureau created a field office in its parking lot to assist members who drove to the office with claims, premium payments and policy service requests.

But in a best-case scenario, preventive measures can help protect property against future threats of severe weather. Resources can be accessed through vafb.com to help determine your risk, devise a plan and build an emergency kit.

To secure your property before a storm is imminent, Farm Bureau’s Virginia Hurricane Preparedness Central recommends boarding up windows with cut-to-fit plywood. Secure any objects that might become wind-borne debris, including damaged trees and limbs. Clear gutters to avoid unnecessary water damage.

Hurricanes can severely affect areas well inland, often generating rainfall that can cause flooding over wide areas. Store important personal, family or business documents in a watertight container. Make sure your household inventory is current, and schedule an insurance review before the need ever arises.