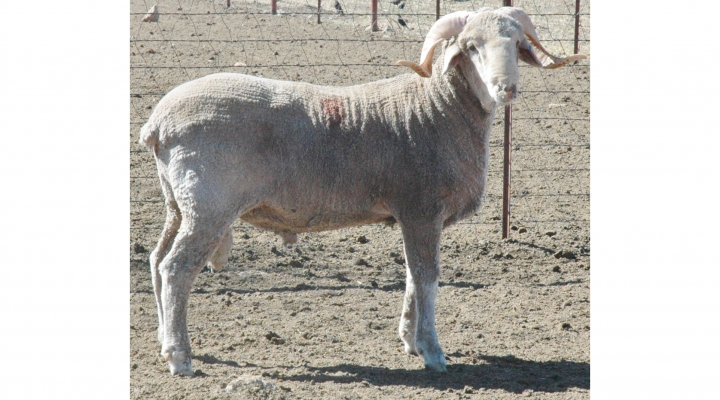 SAN ANGELO, Texas — The Texas Sheep and Goat Expo in San Angelo will add another first to its growing list of new features with the addition of a performance-tested ram sale featuring top registered Rambouillet and Katahdin rams offered at auction at 2 p.m. Aug. 19.

Texas A&M AgriLife organizers said the ram sale will culminate two days packed with educational activities that debut Aug. 18 with the 44th annual Sheep and Goat Field Day. The field day is being dedicated to the memory of the late Clinton Hodges, longtime sheep producer and industry innovator from Sterling City.

“This sale will feature both fine-wool and hair sheep from breeders who have used intensive genetic selection technology for many years to make positive genetic improvement within their flocks.”

Redden said five Rambouillet breeders, two from Texas and one each from Kansas, South Dakota and Montana, have consigned 15 rams to the sale.

“Eight of these rams will be from the Texas A&M AgriLife Research Ram Performance test at San Angelo, including the top indexing ram on the test,” Redden said. “Nine of the consigned rams are enrolled in the National Sheep Improvement Program and will have estimated breeding values or EBVs for growth, maternal and wool traits.”

“The Katahdin rams are coming from Missouri, Arkansas and Wisconsin,” Redden said. “All the breeders consigning these rams have a major focus on reproductive rate and parasite resistance. All the rams are in the top 50 percent of the breed for NSIP Hair Index, which verifies their superior genetic merit for both reproductive rate and growth potential.”

Redden said the average EBV of the consigned Katahdin rams for number of lambs weaned is 15 percent, meaning their daughters will likely wean 7.5 percent more lambs than the average Katahdin ram’s daughters.

Similarly, the rams’ average EBV for parasite fecal egg counts after weaning is negative 66 percent, meaning  their lambs should have a 33 percent lower parasite load than the average Katahdin. Redden said losses from internal parasites are a major limiting factor affecting profitability in the sheep industry.

“All 23 rams being offered are top individuals within their respective breeds and the breeders have the data to backup their claims.”

Along with the ram sale, other new expo events include sessions on Angora goats, youth topics and sheep performance data instruction.

For more information on the Sheep and Goat Field Day, contact Walker at 325-653-4576, j-walker@ag.tamu.edu. Individual registration is $10, and includes lunch.