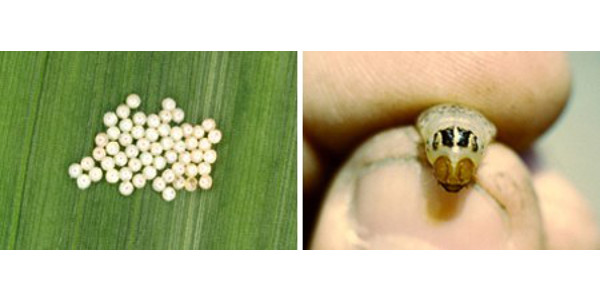 LINCOLN — One of the challenges to controlling insect pests in field crops is knowing when the damaging stage of the insect will be present in the field. Scouting for and effectively treating insects, if numbers are above the economic threshold, can be a challenge because the optimum time will vary from year to year.

Degree-days are units that measure how much heat an insect has been exposed to within an upper and lower temperature threshold. These temperature thresholds establish the range of temperatures that allow for insect growth and development. By studying insect development in the laboratory and in the field, entomologists can determine these thresholds, as well as the number of degree-days that must be accumulated in order for a specific insect species to reach a certain stage in their development. These numbers will vary depending on the insect species.

One common way to measure degree-days is by taking the average temperature of each day and subtracting the lower threshold from that average:

A degree-day model will determine on which calendar date to start counting degree-days. After this date, degree-days from each day are accumulated to give the total cumulative degree-days.

UNL Entomologists Tom Hunt and Robert Wright, along with University of Minnesota researchers Roger Moon and Bill Hutchison and PhD student Anthony Hanson, published a new model in 2015 for the flight of western bean cutworm (Figure 1) that has improved predictions of cumulative moth flights and efficiency of field scouting. This model shows that the best method for predicting timing of western bean cutworm flight used simple degree-day calculations (see example above) beginning March 1, with a 38°F lower threshold and a 75°F upper threshold. The new cumulative flight model indicated that 25% of moth flight should be completed when 2,577 degree-days (Fahrenheit) have accumulated. Field scouting to estimate egg density is recommended at this time.

Western bean cutworm can be a devastating pest for corn and dry bean fields, particularly in western and central Nebraska. Please refer to the Nebraska Extension NebGuide on this pest for more information and keep the following points in mind when considering scouting and treatment for western bean cutworm:

Degree-day models can help predict when scouting should occur and should be used in combination with other monitoring methods. UNL black light trap reports from North Platte, Clay Center, and Concord are additional resources for monitoring western bean cutworm and other crop pests.

When to apply postemergence herbicide